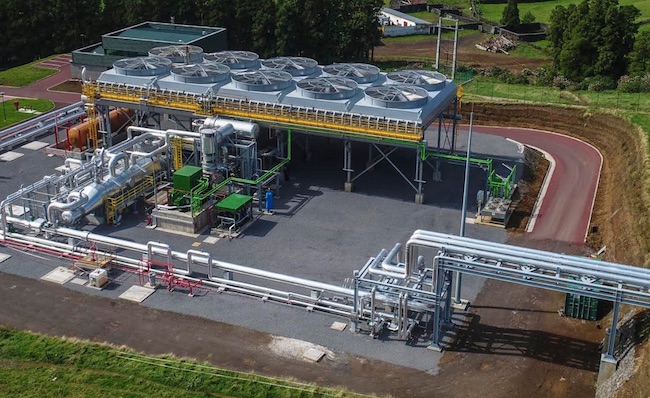 EDMONTON—A geothermal power project planned for northwest Alberta is set to leap off the drawing board with the financial backing from the federal government.

Natural Resources Canada (NRCan) announced $25.5 million in funding Aug. 26 for the project known as Alberta No. 1.

Spearheaded by Edmonton-based Terrapin Geothermics and expected to cost a total of $58 million, the site will be the province’s first large-scale geothermal power facility.

“Up to this point, this project has been an idea,” Sean Collins, president of Terrapin Geothermics, said in a release. “This funding makes it a reality. We applaud the federal government for their partnership in moving Alberta’s renewable energy sector forward.”

The Municipal District of Greenview, where the facility is slated to be located, is a partner on the project, while PCL Constructors Inc. is also involved through its Heavy Industrial unit. The contractor will take part in construction, as well as pipe fabrication.

The NRCan funding follows a similar investment for a Saskatchewan geothermal power facility this January. Both projects are relatively small — with capacities of five megawatts each — but could lead to the wider use of geothermal for power production. In Canada currently, geothermal is used predominantly for home and building heating.

Once operational, the new power facility is expected to provide both heat and power to a planned industrial park in the Municipal District of Greenview, south of Grande Prairie, Alta.

At peak, construction is expected to employ as many as 200 workers.

Terrapin Geothermics said it expects to have the plant up and running by 2023.