Once complete, the taller of Eau du Soleil's two buildings will be the highest in the city outside downtown 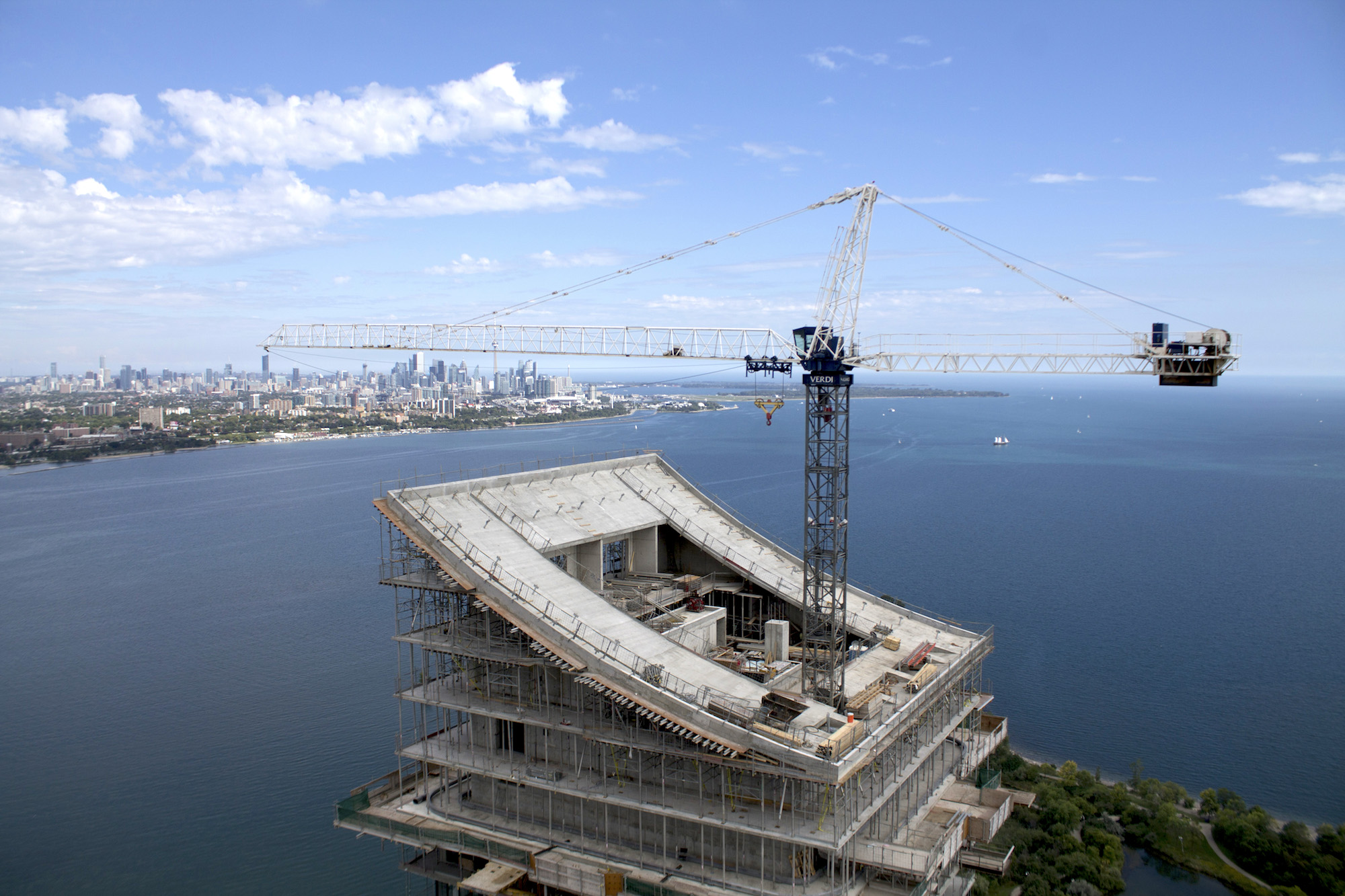 Seen from the 60th floor of adjacent “Sky Tower,” 50-storey “Water Tower” is the shorter of the condo complex’s two buildings

TORONTO—Jutting up abruptly from the rocky shoreline of Lake Ontario, the several dozen towers lining the Humber Bay Shores neighbourhood on the west end of Toronto exemplify the building boom that has swept the city over the past decade.

As a growing population and hot housing market continue to drive up density, the trend toward more, as well as higher, residential towers continues unabated. In the condo-filled community that looks across Humber Bay toward downtown Toronto, the boom has reached fresh heights. 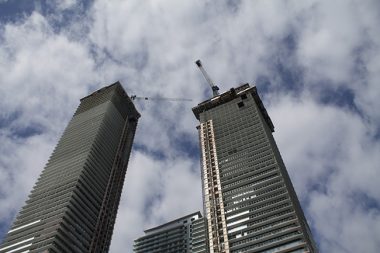 The towers have been under construction since 2015

Inching toward completion after close to four years of construction, the Eau du Soleil project now stretches above all others in the area. The distinctive two-building condo includes “Water Tower,” topping out at 50 storeys, and “Sky Tower” that extends 67 storeys above street level in the growing lakeside community.

Even for Toronto’s increasingly lofty skyline, 67 storeys—a figure that includes the podium that connects the two towers—stands out. The height places it just outside the top 10 tallest buildings in the city—though new additions are certain to change this. Once complete, Sky Tower will be the highest in Humber Bay Shores, as well as outside what’s typically considered downtown.

Construction started on the project in early 2015, spearheaded by developer and contractor Empire Communities.

With the site covering about three acres (1.2 hectares) early excavation was a prodigious effort. Josip Cindric, project manager at the site, pointed to the five parking levels to demonstrate the scale of the job.

“If you can picture it, it’s almost 90 Olympic size pools,” he said, referring to the amount of dirt hauled off the site. 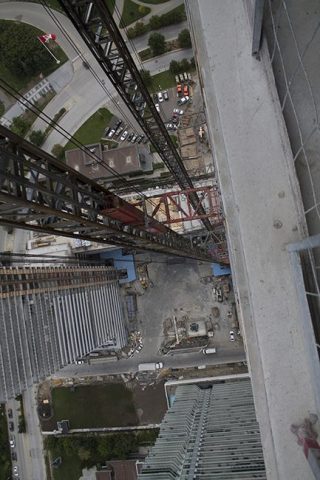 The scale of the towers was also a challenge for Empire, which has built numerous residential neighbourhoods and condo towers across the Greater Toronto Area. So far, crews have poured approximately 80,000 cubic metres of concrete.

“The biggest issue was the height of the building,” said Wojtek Wilczak, a superintendent with Empire. “This being phased occupancy, we have to design the building in such a way where we can occupy part of the building at a time. We had to introduce certain elements in the building to make that happen.”

The first residents are scheduled to move into the new condo in February. Construction will continue for approximately 12 months after that, with all occupancies expected by early 2020.

With a large number of trades on-site, management of the workforce of about 350 has also been a major undertaking for project managers with the Vaughan, Ont.-based builder.

While Eau du Soleil will have a similar look to many of the towers built in Toronto in the past 10 years—which rely heavily on exterior glass—Wilczak pointed to several defining features. He noted the white metal panels that will create band along the exterior of both towers, as well as the unique roofs, which will slope at up to 67 degrees.

The complex was designed by Richmond Architects and Zeidler Partnership Architects.

Once complete, the buildings will house 1280 residential units ranging from 400 sq. ft. to a 3,500 sq. ft. “super” penthouse, plus commercial space on the lower three storeys. All told, the project covers some 956,000 sq.ft., most of which has already been sold. 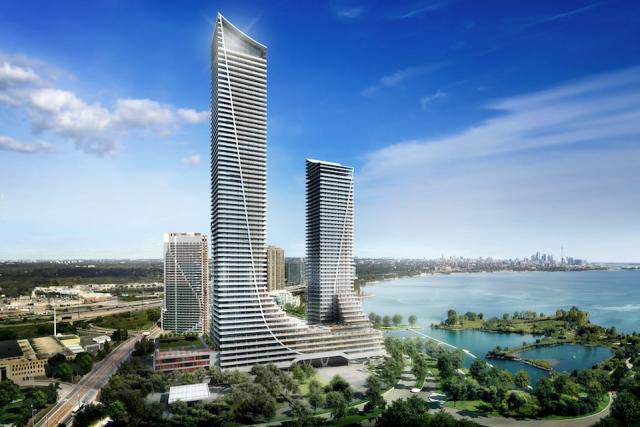 A rendering of the complete condo. Wilczak pointed to the white metal bands and sloped roofs as the project’s defining features