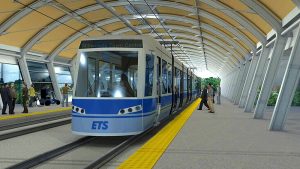 Canada’s P3 experts are up in arms after Alberta’s Minister of Infrastructure announced the NDP government won’t launch any new public-private partnerships pending a decision by executive council on their continued use.

Brian Mason, who is also the Minister of Transportation, explained he wasn’t declaring a moratorium on P3s, but he planned to stick to the traditional methods of funding as he launches a five-year $34-billion capital construction plan.

“I think there are real questions about the overall benefit that is received by P3s,” Mason said in an interview with local media. “ Certainly, the design-build and operate model is not something I want to proceed with at the present time.”

Mason directed an internal review of the use of the partnership arrangements last fall. The resulting report is still being considered by the policy co-ordination office of executive council in the premier’s office.

“I thought it was a very thorough, valuable review and it explored both positive elements and negative elements of P3s,” he said. “I have decided, as Minister of Infrastructure and Transportation, that we’re not going to be proceeding with P3s, in the meantime, until a final decision has been made.”

He said it was unlikely he would release the report publicly because it draws heavily upon confidential Treasury Board and cabinet discussions.

Government will continue with several P3s approved by the previous Progressive Conservative government, including ring road projects in Calgary and Edmonton.

The NDP slashed funding to its strategic partnership office, which assess and manages P3 projects, by nearly 50 per cent in the April budget, and allocated no funding for the office in its ministry plans for 2017 and 2018.

According to Ministry staff, the office was integrated with the corporate strategies and services division for savings next year amounting to $325,000.

Premier Rachel Notley called it “a reorganization,” and not the end of P3s.

“Often P3s are a process which reduce cost at the front end and increase costs down the road and are more expensive to taxpayers,” she told reporters. “But that being said, we have an obligation to review all types of alternative financing arrangements to ensure that we’re getting the best deal, both short-term and long-term, for tax payers.”

Alberta’s ban on P3s has raised eyebrows. With more than 230 infrastructure projects procured to date across Canada, the model has evolved over the past 20 years to a point where it is viewed as a best-practices standard worldwide.

“We are encouraged to hear Alberta Premier Notley has not given up entirely on public-private partnerships (P3s). In fact, we would agree with her when she says governments ‘have an obligation to review all types of alternative financing arrangements’ to address infrastructure needs. We are concerned, however, that the premier may not have been well briefed on the full benefits of the P3 approach,” said Mark Romoff, president and CEO of the Canadian Council for Public-Private Partnerships (CCPPP) in a statement responding to Alberta’s ban on P3s.

“We are disappointed to hear that Minister Mason has declared a moratorium on future P3 projects in Alberta. Unfortunately, we are not in a position to comment on the specifics of the decision because he has chosen not to release details of the P3 review he requested. It is equally difficult for us to say whether the findings are thorough or valuable since it’s not clear that the P3 industry was consulted in the course of the internal review,” explained Romoff.

The P3 industry is calling on Minister Mason to release his ministry’s report in order to allow Albertan’s the benefit of engaging in a thoughtful, informed discussion about the merits of public-private partnerships.

There have been 20 P3 projects to date in Alberta; each one was approved and then proceeded with the full knowledge that they demonstrated value for money and transferred significant financial risks from taxpayers to private sector partners. The most recent example is the winning bid for the Valley Line LRT in Edmonton, which came in $500 million under budget.

The CCPPP performed an independent economic assessment of Canadian P3s over a 10-year period, and has determined the projects saved governments nearly $10 billion, generated $7.5 billion in taxes and $32 billion in income for workers. They have created more than half a million jobs and contributed $48.2 billion to GDP. See the full report here: http://www.pppcouncil.ca/web/pdf/eco-impact-of-p3-report.pdf

With files from the Calgary Herald