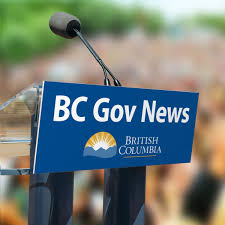 The Ministry of Transportation and Infrastructure has completed work on the $7.7-million project to replace the Highway 3 (Crowsnest) Upper Cambie Bridge.

“This bridge replacement was necessary because the previous bridge at this site had reached the end of its service life, and a stronger, more robust bridge was needed to cross the Similkameen River,” said Minister of Transportation and Infrastructure Claire Trevena. “The new bridge will provide a safe and efficient connection for all motorists, including commercial vehicles.”

The Upper Cambie Bridge is located east of Allison Pass, west of the Manning Park Resort, about 60 kilometres east of Hope.

The existing four-lane bridge has been replaced, with improvements made to the bridge approach areas, as well as environmental enhancements. The clearance of the new bridge has been increased, to better withstand flood events and ice flows.

The new structure features a wider bridge deck and wider shoulders to better accommodate traffic, cyclists and pedestrians. Emil Anderson Maintenance Co. was the contractor for the project, and work has been underway since May 2015.

The ministry is committed to rehabilitating highways and bridges throughout British Columbia, and to building new infrastructure where it is needed. The B.C. government will continue to invest in transportation infrastructure for the safe, reliable and efficient movement of people and goods.