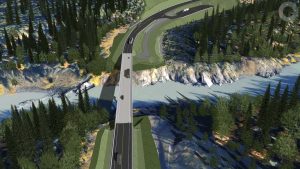 The Government of Canada is contributing $10.7 million to this project. The province will cover the remaining costs.

The bridge will be built upstream from the current structure, located on Highway 37, approximately 75 kilometres east of Stewart, B.C.

The two lanes will be able to accommodate heavier commercial vehicles and will have shoulders for pedestrians and cyclists.

As part of the project, about one kilometre of Highway 37 will be realigned on each end of the bridge – intended to improve sightlines.

The rest area at the east end of the bridge will be relocated and will include a pedestrian viewpoint and washroom facilities. A left-turn lane and a deceleration lane will be developed.

A successful bidder has been selected and the Ministry of Transportation and Infrastructure is in the process of awarding the construction contract.

The total value of the project, including planning, design and engineering work and construction, is $24 million.

“Replacing this single-lane bridge from 1956 with a new two-lane bridge will greatly improve safety and mobility for people in the region,” said Claire Trevena, minister of transportation and infrastructure. “The new bridge will be built to modern standards and help keep traffic flowing smoothly along Highway 37, a key north-south connection for British Columbians and our resource sectors.”

Construction will begin in spring 2018, with completion scheduled for fall 2019. During this time, the existing bridge will remain in use.