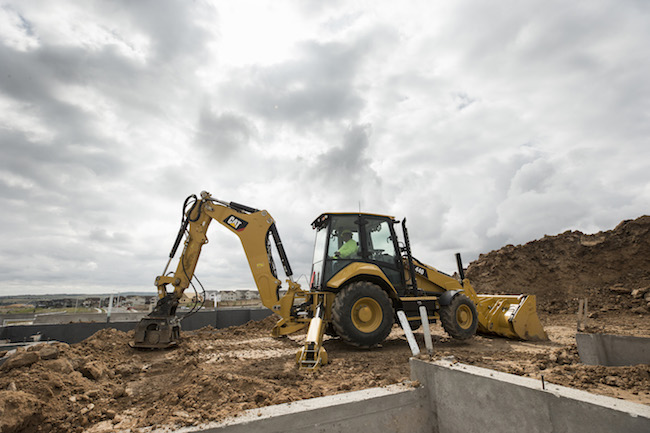 The new 440 and 450 deliver superior performance to their predecessors while adopting a number of modern creature comforts demanded by today’s operators.

Foremost, both models incorporate re-engineered hydraulic infrastructure for the operator station. The backhoes each have seat-mounted controls that pivot with the operator as he or she transitions from forward or reverse position. The advancement eliminates the pilot control pods previously necessary for backhoe operations, freeing up leg room in the cab. The seat-mounted controls also make for a more comfortable operating position and reduce fatigue.

In terms of power, the 440 boasts a 25 per cent backhoe lifting improvement over the 430F2, while the 450’s backhoe lifting capacity is a 15 per cent improvement over the 450F. Lift and tilt breakout forces on both machines are also significant steps forward. The powertrains for both models are anchored by a Cat C4.4 ACERT engine that meets the tough Tier 4 Final emissions standards.

The all new Cat 440 and 450 also sport a redesigned digital display and offer better visibility for numerous gauges.