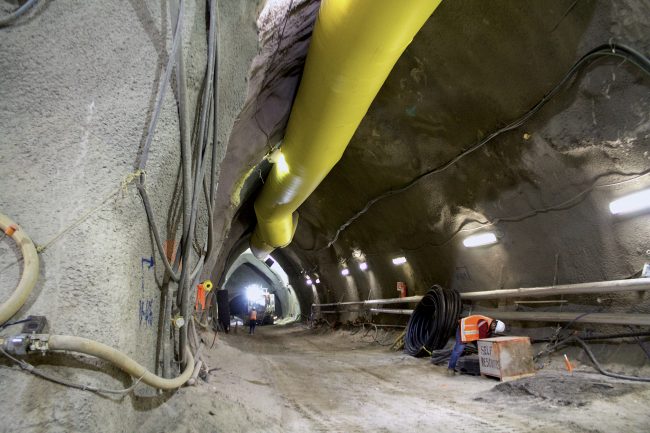 Construction on an underground station along the Eglinton Crosstown, one of the major transit projects already underway beneath the city

The quickly evolving procurement process for the new Ontario Line, which will run beneath downtown Toronto before swinging north through the city’s east end, has reached the next phase.

Infrastructure Ontario (IO) and Metrolinx shortlisted three consortia Dec. 17 for a package that includes civil, station and tunnel work for the southern portion of the 15.6-kilometre subway line. A range of big-name builders and design firms, both domestic and international, are in the running to take on the project (scroll to the bottom for a complete breakdown of the construction teams).

“By issuing these first Ontario Line RFPs, Premier Ford’s vision for a world-class regional transit system continues to make steady progress,” Caroline Mulroney, the province’s minister of Transportation, said in a release. “The COVID-19 pandemic has had a devastating impact on our economy, and major transit projects like this will contribute significantly to our recovery by stimulating future growth and job creation.” 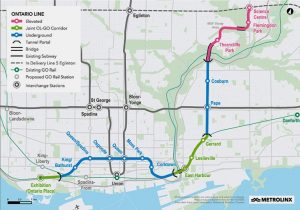 A map of the full line. Click to enlarge. PHOTO: Metrolinx

Final costs for the project have not been determined, but a preliminary business case released by provincial transit agency Metrolinx Dec. 17 estimates the Ontario Line’s cost at roughly $10 billion. It is one part of a wider province-led transit expansion plan worth $28.5 billion.

The contract for the southern segment of the line encompasses most of the major work required west of the Don Valley. Of the new subway’s 15 total stations, seven are included in the south segment. The design-build-finance contract will include roughly six-kilometres of tunnelling, the construction of the stations and guideways, and the necessary utility, mechanical and electrical systems. 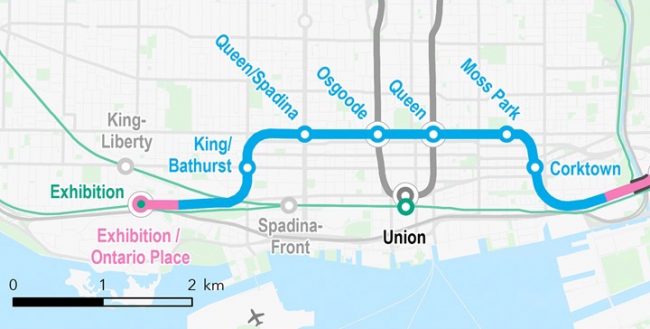 The three shortlisted consortia — Community Transit Link, ON-Linx and Ontario Transit Group — will prepare bids for the major infrastructure job in the coming months. IO and Metrolinx plan to select a winning team in 2022.

The two crown agencies said early works on the line could start next summer, though major construction will not get underway until 2023, according to the preliminary business case. Once in full swing, work on the subway is expected to create approximately 4,700 jobs.

Despite committing to deliver the transit project by 2027 when first introducing it last year, the business case now lists the start of operations on the new line as 2030.

The three construction teams shortlisted for the project: