The total cost of ownership mindset

Is this the construction industry’s ESG holy grail? 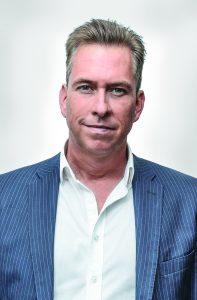 As the world looks to find ways to inject more long-term thinking into our collective decision making, under the banner of Environmental, Social and Governance (ESG), one can’t help but wonder what this change in philosophy will have on the construction industry and the larger built environment.

What will be the construction industry’s holy grail when it comes to contributing to this long-term, more responsible, philosophical movement?

To answer that question, we should look very closely at how the design, construct and operate component parts of the built environment determine value (or perceive value).

Let’s look at the component parts that make up the total cost of ownership for an asset in the built environment. Yes, these vary from asset to asset, but the figures in the chart below tend to be representative of the breakdown of costs.

Given this breakdown, are current procurement models really delivering optimal total cost of ownership when each cost category of the asset’s life is judged on an individual basis?

Could the construction industry and its primary stakeholders not devise a better way — a more responsible long-term driven way — of creating value, not only for themselves, but for society at large? Many believe the timing is right to completely re-design the procurement models being used to design, build and operate built environment assets.

In the past, it was very difficult to measure total cost over the life of an asset, so asset stakeholders were left judging value on short term cost categories, primarily the design and construction costs. Given advancements in technology and data, through the emergence of the built environment digital twin, we are now entering an age where total built asset costs can be measured. Today, there is potential for procurement to shift from total cost of construction to total cost of ownership.

Under a total cost of ownership procurement model, all the major built asset stakeholders (the owner, the designer, the contractor, and even major subcontractors) would collaborate around design and construction strategies that wouldn’t simply focus on lowering cost of construction. Rather, the focus would be on strategies that would lower the cost of ownership over the entire life of the asset.

These, and many other long-term costs, can be considered under such a model.

Through the constant monitoring of the asset’s performance, risks and costs over its entire lifespan, and using digital twin technologies and data, all built-asset stakeholders will be able to measure the total cost of ownership impacts.

Further, as more whole-life digital twin data is captured, one could begin to see a procurement model emerge that will allow stakeholders to see how increases in the design and construction costs could create savings that are multiples of those costs throughout the asset’s operational life.

To crystalize the potential impact such a change in procurement could have on society, one need only consider the size of the construction industry, and the overall built environment.

The construction sector designs and builds approximately $13 trillion in built assets each year and the total value of built environment inventories are currently around $250 trillion, and given the growth in the global middle class, that inventory is slated to grow significantly over the next 30 years.

Using the previously referenced breakdown of total cost of ownership, with one per cent going to design; 10 per cent construction; and 89 per cent on operations, the present value of the operational costs of the current built environment asset base is approximately $2 quadrillion, or eight times the design-build costs of $250 trillion.

With impact levels of that magnitude, there is little wonder why many in the industry are starting to consider the total cost of ownership mindset the construction industry’s holy grail.