Staying at the forefront: How Canada’s Top Contractors are preparing for the job sites of the future 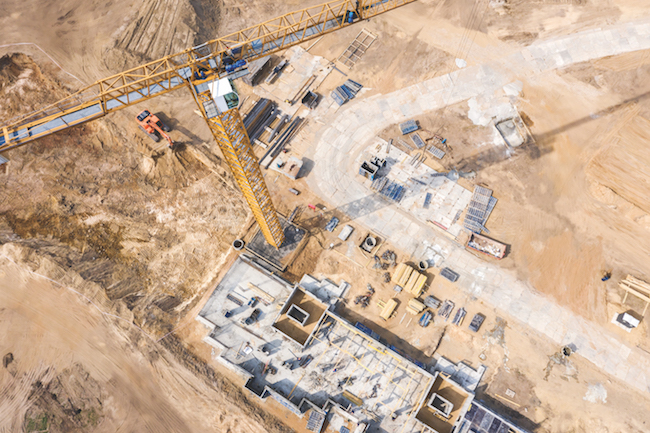 With a large number of separate players and moving parts, construction has been among the slower industries to adopt technology. PHOTO: Getty Images/Belarus

Failing fast has become something of a mantra in the start-up scene. Making bold bets on risky new propositions and quickly finding success or failure defines the industry.

It is not a concept that lends itself particularly well to construction.

“We’re not encouraged culturally to fail fast, or fail at all, frankly,” says Chris Gower, COO of PCL Construction’s Buildings division. There’s good reason for the conservative mentality that pervades the industry, he adds, pointing to safety on-site and the need to deliver projects proven to last decades.

At the same time, Gower says builders need to find new ways to experiment — running into some inevitable fast failures — to move the industry forward.

It is one in a range of insights from a panel hosted by On-Site this August. Throughout the discussion, four industry experts shared how they have adapted their processes to better suit the digital age and detailed some of their plans for staying at the forefront as the industry evolves.

The cloud is nothing new to most contractors. The migration to internet-linked systems has been underway for years, and recently, the COVID-19 pandemic has only accelerated the shift. For most, it is a starting point for wider technology adoption.

Yuri Bartzis, the Innovation Manager for Canadian Building Operations at Pomerleau, says many of the advantages revolve around communication.

“Having that common data environment really helps transfer information and communicate properly,” he says. “Version control is there — so everybody is up to date on the latest information to make the right decisions.”

Matt Gramblicka, vice-president of Information Technology & Enterprise Application at Graham Construction, agrees. “Even something as simple as having plans on an iPad so that you’re having the latest version… there’s definitely a lot of advantages there,” he says.

Graham has already shifted a large number of its systems to the cloud, but it is still working to integrate more of its processes.

At the same time, the cloud does have its limitations, Gramblicka says. “I don’t think all things lend themselves to the cloud,” he says, pointing to performance and connectivity challenges, particularly in remote areas.

Graham, Pomerleau and PCL are all working to tackle these sorts of network issues, turning to new advances in areas such as edge computing and 5G.

Even early adopters of new technologies caution against moving too fast too quickly. At the same time, in a competitive market like construction, waiting too long can be even more costly.
“Technology is such a key component of innovation and in advancing important industry objectives like safety, productivity, risk reduction, cost reduction and inclusivity,” says Mary Van Buren, president of the Canadian Construction Association (CCA).

With the ongoing workforce shortage facing the industry, technology also provides a way for more segments of the labour market to find a place in construction.

“When you look at heavy lifting that often has to be done, technology can help take off some of that load and reduce some of the wear and tear, so that more people can be included in the industry,” Van Buren says. 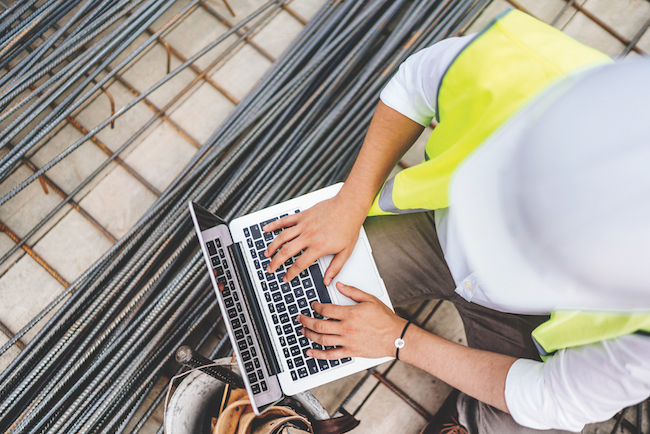 Contractors need to find a way to weigh the benefits and risks and establish an adoption path that works for them, Gower says.

“You’ll fail a lot. So, you have to balance being innovative, being on the edge, with doing what’s practical and sensible and what solves problems,” he says.

Graham has turned to a pilot strategy to test new technologies. Rolling out an innovation on a single job site first, Gramblicka says the company looks at the return on investment it would provide, among other metrics, before taking any next steps.

“That’s kind of our approach to things versus taking a big bang, we’re going to put this in everywhere, which is very challenging — trying to get 200, 300 project sites all using things the same way,” he says.

“The biggest sweet spot would be how easily the technology can get integrated into your existing workflow,” Bartzis says.

One such example is an ongoing pilot of a new robotic dog known as Spot, which has been prowling one of the company’s job sites in the Montreal area since early this year.

Workers were leery of the autonomous robot at first, Bartzis noted, but soon accepted it like any other piece of new technology. “People are able to get comfortable with robotics and other technologies in the same work area,” he says, adding that he anticipates more pilots like it in the years to come.

Robotics represent one opportunity for contractors, but unlike in manufacturing, where machines now take on a substantial portion of the work, construction robots still have limited applications. Builders are likely to glean the greatest benefit by reaching first for some lower hanging fruit.

Graham, for instance, remains focused on implementing a wholly integrated solution across all of its job sites.

“Just having that consistency across the board so if a project manager or a superintendent needs to move to one site to the next, they’re not asking, ‘What technology are we using here?’ It’s, ‘What work needs to be done?’ and focussing on those types of things,” Gramblicka says.

The shift will clean up the company’s processes and create a consistent approach across hundreds of different sites, Gramblicka adds.

It is also designed to make on-site management simpler.

“Our industry hasn’t improved productivity-wise,” Gramblicka says. “So, adding technology to our project sites, it has to add that business value, it has to make the superintendent’s job easier. Instead of adding to their plate one more thing that they have to do, it should be one or two things that we’re taking away.”

Having developed a software package largely in-house PCL has recently focused a considerable portion of its resources on job site sensor technology to track things like weather, temperature, humidity and leaks.

“There’s so much data that we can collect and that we can become more efficient and effective as an industry,” Gower says. “We can mitigate risk and simply be better builders.”

“Rather than someone running around suite to suite checking humidity to ensure the millwork doesn’t delaminate, we have sensors that provide immediate alerts when things are out of norm. This applies to so many different things,” Gower says.

PCL is also working to use artificial intelligence to analyze the data from its array of sensors to identify hazards before they can cause damage or safety risks. 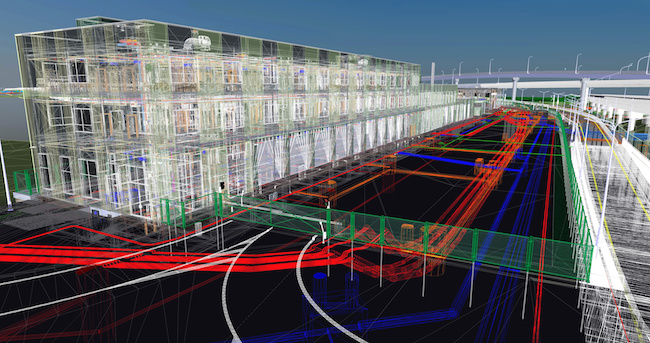 The wider implementation of building information modelling (BIM) is another key area of focus for contractors.

Bartzis says adoption remains hit and miss throughout the industry, but that around 70 per cent of the projects Pomerleau takes on now run off 3D models — though it fluctuates from year to year. A model is often created before the general contractor gets involved, but he says in some cases Pomerleau goes out of its way to create a BIM model to help its crews follow their typical processes.

“The methodology is making sure you have that usage of the 3D model from design straight through to operations and for the full life-cycle of the building,” he says.

For Bartzis and the other panelists, it is clear the building industry will eventually fully adopt BIM, but the transition may prove to be a slow one.

It’s no secret the construction industry lags others in terms of tech adoption. The fragmentary nature of the industry and contracting models that revolve around minimizing spending are often seen as the culprits.

“Generally what we see on bids is it’s the low-cost that wins,” Van Buren says. “That creates little to no room to take a risk on innovation, or the owner already prescribes what it is they want.”

With general contractors and subs often unable to implement new innovations — technology, materials, or otherwise — without jeopardizing their bids, the CCA is pushing owners to take a more active role in advancing the industry. In particular, Van Buren says the organization is asking the federal government to build more room for new approaches when preparing contracts for major infrastructure projects. Instead of punishing innovators for taking risks, the aim would be to reward forward-thinkers, eventually raising the level of the entire industry.

Gower agrees, pointing to the ubiquity of LEED (Leadership in Energy and Environmental Design) standards — and the government being an early mover on adopting them — as an example.

“I think there’s a way to move the industry toward forcing us all to pay attention and therefore do it and therefore include the costs and let it be borne by the end users as it was with LEED,” he says.

With help from government and increasingly appealing returns on investment for both new software and equipment, construction’s slow shift toward technology represents both a challenge and an opportunity.

On a scale of one to 10 — with one meaning just starting out and 10 standing in for technology being fully adopted, panelists ranked the Canadian industry’s progress adopting technology between a two and six.

There is substantial work to be done, but starting from a low base, technology offers contractors ways to dramatically improve their operations and provides a rare opportunity to do more with less.

It reflects some of the key takeaways from an August roundtable, which can be viewed in full here.