From the editor… Finding another gear 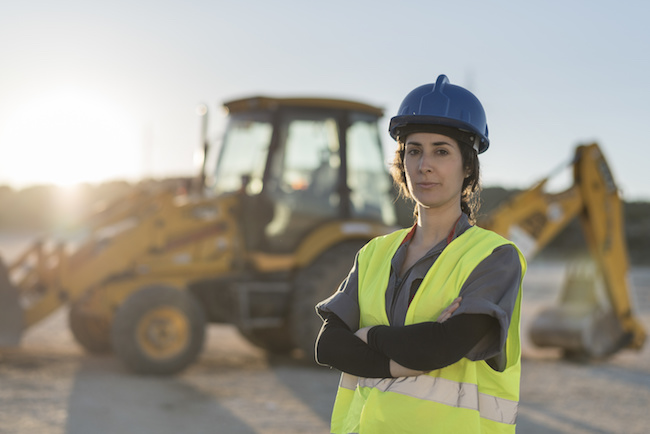 To offset impending retirements and industry growth, BuildForce says employers must put for focus on women and other groups currently under-represented in the construction workforce. PHOTO: Adobe Stock/FotoAndalucia

Caught in the COVID-19 doldrums a year ago, with many job sites shuttered in April or operating with skeleton crews, the uncertainty throughout construction was nearly palpable. 12 months, a few thousand thorough hand washes and a box of masks in every glove compartment later, the industry is seeing a bit clearer and forecasters are gaining more confidence about the Canadian market’s trajectory.

BuildForce Canada, for instance, released its annual report in late March, anticipating a continued recovery in 2021. Considerable growth is also projected through to the middle of the decade, with high demand for transit and health care projects in particular forcing contractors to find another gear over the next few years.

Along with civil work, commercial and industrial construction are expected to rebound this year after a tough 2020, BuildForce says. With strength across the segment, non-residential work will lead growth in the industry between 2021 and 2023. All told, by 2025, the research organization expects Canada’s non-residential workforce will expand by 40,000 workers to keep up with the burgeoning demand. Labour requirements will then largely level off, with the segment adding another 5,000 workers by 2030.

On the residential side of the business, low lending rates and renewed immigration will drive a “moderate” up-cycle in new home construction through 2024, BuildForce says, while renovation work is projected to show steady growth throughout the 2020s. The residential construction workforce is forecast to grow by just over 20,000 workers by 2030.

Combining both sectors, 64,900 new staff will be required on Canadian job sites by 2030, a six per cent increase from 2020 levels. While far from insurmountable, the ongoing skilled labour shortage and the impending retirement of hundreds of thousands of industry veterans — 259,100 by 2030, by the latest count — mean recruitment and retention will remain key for contractors.

“While we forecast growth to slow over the later years of our forecast period, we nonetheless expect that the industry will be challenged to recruit more than 309,000 new workers to replace retirees and keep pace with demand,” Bill Ferreira, BuildForce’s executive director, said in a release.

At both the organization and company levels, construction has focused on improving its image in recent years to boost recruitment, particularly when it comes to women and underrepresented groups. Women, for instance, accounted for just 13.4 per cent of the construction workforce in 2020, and less than five per cent of on-site staff, BuildForce says. Continuing these initiatives and making further commitments to training and apprenticeship development will be necessary to fulfill the industry’s labour needs over the long term.

Along with getting more Canadians to lace up steel toes, building a sustainable workforce requires the industry attract more immigrants, BuildForce says.

“Between 2021 and 2030, Canada is anticipated to welcome more than 3.2 million new Canadians, making the immigrant population a key source of labour force growth over the coming decade,” the latest national outlook report says.

While in the past, immigrants to Canada came largely from Europe and elsewhere in the Americas, shifting migration patterns show 62 per cent immigrants to Canada now come from Asian countries. These newcomers may have a lower propensity to turn to construction, particularly for those with professional training outside the skilled trades. With this in mind, BuildForce says the industry must place more emphasis on ensuring construction keeps recruiting its share of immigrants to Canada.

This column first appeared in the April 2021 edition of On-Site. To read through the whole issue, click here.