A tale of three pipelines 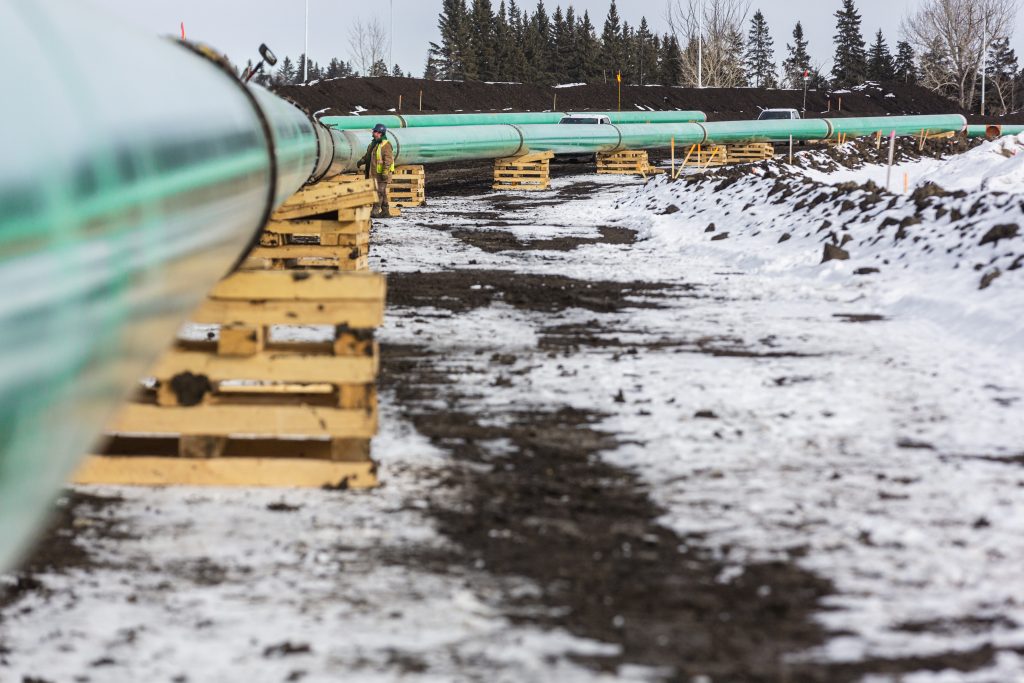 Economic sanctions imposed in response to Russia’s invasion of Ukraine have raised the profile of Canadian energy supplies, along with the pipelines that enable access and distribution of oil and gas.

Last year, TC Energy announced the termination of its Keystone XL Pipeline Project following the revocation of its Presidential Permit in the United States. That would have carried crude from Canada’s Oil Sands to refineries and other facilities in Illinois, Oklahoma and Texas. Three other major Canadian pipeline projects have carried on, however.

Coastal GasLink’s $6.6-billion natural gas pipeline, majority owned by TC Energy, is 60 per cent complete and is intended to transport liquefied natural gas 670 kilometres from Dawson Creek, British Columbia to an LNG Canada liquefaction plant near Kitimat, B.C., where the gas will be processed for export, mainly to Asia.

The Trans Mountain Pipeline System, built in 1953, is undergoing a $21.4 billion expansion to twin 1,150 kilometres of existing pipeline from Edmonton to the coast at Burnaby, B.C. The upgrade is designed to increase the carrying capacity of petroleum liquids from the oilsands from 300,000 barrels per day to 890,000, again mostly for export overseas.

Enbridge’s Line 3, an oil line in operation since 1968, runs 1,659 kilometres from Hardisty, Alta., to Superior, Wisc., and is a significant conduit of Canadian crude to American markets. Faced with an increasing number of maintenance digs to ensure safety, Enbridge reduced the line’s capacity and elected to replace it. Built at a cost of approximately $10 billion, the new pipeline allows Enbridge to move up to 760,000 barrels of oil daily, restoring the line’s historic capacity.

All three projects have faced multiple challenges, including opposition from Aboriginal communities whose traditional lands they cross, and from environmentalists. In some cases, local protests have spread across Canada, leading to rail blockades and other disruptions. 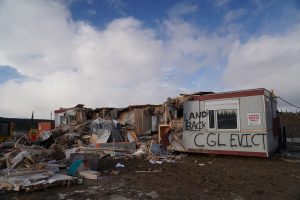 Tensions came to a head in February when a group of people, some masked and carrying axes, forced workers to flee a work site near Houston, B.C. Coastal GasLink reported millions of dollars in damage and, in a statement, expressed concern about “the safety of our workforce and the public following this escalation in unlawful and dangerous activities by opponents that have put people, property, and the environment at risk.”

Environmentalists, meanwhile, have challenged multiple non-compliance orders. In 2019, construction halted after trapline hunters near Houston reported that Coastal GasLink initiated activity prior to informing them. In 2020, B.C.’s Environmental Assessment Office reported that management plans had not been followed in 42 wetland areas. Provincial orders also cited turbid water discharged into Fraser Lake, a lack of efforts to mitigate harm to endangered whitebark pine, and clearing of wetland sites without required environmental surveys.

First Nations and environmentalists dissatisfied with consultations and assessments also challenged Trans Mountain, with particular concern raised about spill risks in sensitive marine habitats such as Burrard Inlet where a terminal would be located. The government of B.C. joined the fray, arguing that expansion plans failed to adequately address environmental and other concerns, initiating a trade war with Alberta.

In an acknowledged effort to maintain project continuity, the federal government acquired Trans Mountain from Kinder Morgan for $4.5 billion in 2018. The British Columbia government eventually supported the project, reaching a revenue- sharing arrangement worth up to $1 billion, and the Supreme Court sided with project proponents in 2020, though some legal challenges remain ongoing.

Likewise, Enbridge experienced environmental and legal hurdles in replacing its aging Line 3 infrastructure. The project proceeded in Alberta, Saskatchewan and Manitoba, as well as in North Dakota and Wisconsin, with construction in these jurisdictions completed by 2019. However, opposition from Indigenous communities led to rerouting in Minnesota in order to avoid several reserves and sensitive watersheds. The Canadian segment of the new Line 3 came into service in December 2019, with the U.S. sections following suit in September 2021. 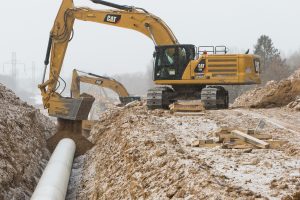 The three projects are not crossing flat areas, so engineering and construction has been adventurous at times. Crews in mountainous terrain have frequently required special measures to transport pipes, heavy equipment, construction materials and personnel to where they were needed.

In a newsletter early this year, Coastal GasLink described the construction of a cable crane to help crews manage a sharp 660-metre elevation gain along a span of just 1.5 kilometres in the Canadian Rockies as “a huge accomplishment and engineering feat.”

Hefty costs and uncertainties about work duration associated with complex resource projects have also come to bear. The project, initially estimated at $5.4 billion in 2015, climbed to $12.6 billion by early 2020.

Trans Mountain weathered COVID-19 and a corresponding slump in international oil prices, but even as oil prices rebounded early this year the company revised its price tag to $21.4 billion and moved its projected completion date to Q3 2023. The federal government responded by announced its intent to halt further public funding.

“I want to assure Canadians that there will be no additional public money invested,” finance minister Chrystia Freeland told reporters, adding that financial advisors still consider the project to be commercially viable, and that the government has asked Trans Mountain to secure the necessary financing from public debt markets and financial institutions.

Enbridge, meanwhile, quietly passed the finish line in October 2021. With the entire replacement line now in service, activities on both sides of the border are squarely focused on decommissioning the legacy pipeline. In Canada, the process started last June in Manitoba and was completed by October, with remaining work slated to continue through to the fall of 2022.

A statement from Enbridge describes decommissioning as a standard practice where a pipeline is permanently taken out of service but left in place while other existing or new pipelines in the same right-of-way remain operational. The process typically involves removing oil and cleaning the inside of the pipeline, physically disconnecting and segmenting the pipe, and continuing to monitor it.

Enbridge says leaving the old pipe in situ is actually considered the safest and least disruptive option because it minimizes disturbance to the landscape and significantly reduces the risk of future soil and slope instability.

Gurpreet Lail, president and CEO of the Petroleum Services Association of Canada, says the advanced stage of the projects, combined with work to improve rapport with First Nations, bodes well for Canadian pipeline efforts now and down the road.

“I think the conversation is shifting,” Lail says. “The better relationships we build between industry and indigenous partners, the more opportunities will open up.”

Lail also points to ongoing efforts to protect the environment, including routing infrastructure away from sensitive areas and relocating species to safer habitats.

With war in Ukraine and other global uncertainties, Lail says she anticipates energy security needs will strengthen demand overseas for Canadian energy and potentially even spur the reactivation of Keystone XL.

“I understand that American energy companies are going back to the table and actually talking to the Biden administration about Keystone as a solution, and we’re going to be doing the same here in Canada.”