Can construction be automated? 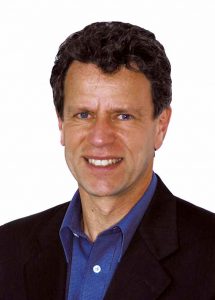 In the feature “Top construction firms embrace technology, finally” from the June issue of On-Site, two experts from leading construction firms cited stagnant productivity as a major problem facing the industry. This view, we noted, is supported by a recent Boston Consulting Group study, which found that while productivity has grown 153 per cent overall, construction has seen a decline.

Advances in information systems have been cited as a catalyst for higher productivity in many sectors. In manufacturing, the wide proliferation of CAD/CAM systems opened the door to automated manufacturing from 3D models with CNC machines and robotics. Now that BIM systems have made 3D models readily available in construction, will machines soon be able to fabricate buildings and large-scale infrastructure?

The prospect of automating construction has preoccupied Dr. Behrokh Khoshnevis, an entrepreneur and a professor at University of Southern California with a background in industrial fabrication, since 1994 – long before BIM systems came into wide use. Khoshnevis now holds more than 100 worldwide patents, and in early 2018, his company, Contour Crafting, will complete its first production model of a robotic 3D printer capable of autonomously constructing the shell of an entire building out of concrete.

3D printing and construction might seem like an unlikely combination, but according to Khoshnevis, there’s a remarkable link. 3D printing, sometimes referred to as a form of additive manufacturing, builds an object by adding one slice or layer at a time from a digital file. Construction, Khoshnevis notes, is also additive in that respect.

“It occurred to me 22 years back that buildings are the only things that humans have constructed in layer-wise fashion,” says Khoshnevis. “Bricklaying is layer by layer, so in that sense, 3D printing has been around for thousands of years in construction, while the world of manufacturing only got to it about 10 years ago. So the potential of 3D printing may actually be in construction, not in manufactured small parts.”

The challenge with 3D printing is that fabricating layer by layer is slow, particularly when precision has to be high and layers thin. “The question I considered was ‘how do you build in thick layers, to make the speed of construction for a building meaningful?’” says Khoshnevis. “So Contour Crafting is based on the idea of constructing a building in a series of thick layers.”

Khoshnevis has set his sights high – his vision includes constructing entire buildings in hours rather than months, bringing decent housing to impoverished regions, and constructing on the moon and Mars. In connection with the latter, he received several research grants and contracts from NASA and was awarded two grand prizes in international competitions sponsored by NASA in 2014 and 2016, respectively.

The lunar challenge in particular forces us to think about construction very differently. Transportation is at a hefty premium – it costs around $100K to ship a pound of material to the moon – so waste is intolerable, therefore it’s necessary to use local materials wherever possible. (Part of the ongoing research is about making concrete with local moon aggregate.) Speed is of the essence, as it is extremely costly to sustain and finance any kind of activity on the moon. And, there are no local work crews.

The potential spin-offs of this research in terms of improving efficiency in construction are enormous. Conventional methods of moving and using materials, for example, are highly inefficient – according to the Contour Crafting website, the average single-family dwelling produces between 3 and 7 tons of waste, and the building materials supply chain, with multiple players shipping from many locations, is arcane and error-prone. Improvements here would be of particular value when building in remote regions of Africa, or Canada’s North.

The time length of projects is also a key area – tying up equipment, materials, and labour for months at a time creates huge financing costs, which account for a major portion of the cost of construction. As well, conventional construction is poor at responding to emergencies, as we’ve seen in humanitarian crises such as the Hurricane Katrina disaster.

The biggest impact, however, would come from reducing manual labour in an industry where we see a host of danger-related expenses insurance, regulatory compliance, lost time, and protection against litigation. And of course, eliminating dangerous work could reduce the immeasurable human cost of the deaths and injuries that occur every year in construction, particularly in regions of the world where workers aren’t protected by regulations.

The Contour Crafting machines will be available to contractors through lease or purchase, and the company is also planning to offer, through partnerships, support services to help to implement projects. It’s hard to predict how this technology will be received in an industry that has resisted change.

“It depends on one thing – profitability,” says Khoshnevis. Automation came to manufacturing at a time when profit margins were high, he notes, while construction is a mature, highly competitive industry with low margins and a relatively high entry barrier primarily due to regulatory requirements.

“The cost might initially not be as exciting as it sounds,” he says, “so we have to look at other advantages. Speed of construction and time to market are incomparable to the manual approach. You can build a whole shell of a building in a day. Precision, and the capabilities for implementing complex geometries are much greater. And finally, you are eliminating hazardous work.”

It will be very interesting to see what happens when these robotic 3D printers hit real world construction sites. Stay tuned!