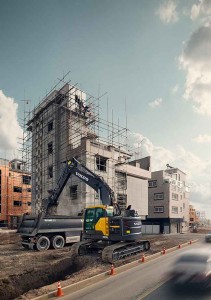 Big iron has seen a steady procession of technological innovation in recent years, from grade control to advanced Tier 4 engines to sophisticated machine control to ergonomic seats in the cab. With the World of Concrete trade show coming up soon and CONEXPO on the horizon, we decided to ask manufacturers what’s coming down the pipe?

It starts with customer research. What do users want? “We have done extensive field studies and the results across product lines are fairly similar. Customers are looking for three things. They want performance. They’re also looking for durability and reliability – minimum downtime. And something that is starting to get a lot of attention is fuel efficiency,” says Shane Reardon, product specialist, Excavators, Doosan Infracore.

“More so than ever before, they’re focused on operating costs and profitability,” notes Brian Rauch, senior vice president, Engineering, Manufacturing and Supply Management for John Deere’s Worldwide Construction & Forestry Division. “Customers are trying to manage their balance sheets, they are running more equipment and they’re working further from home.” 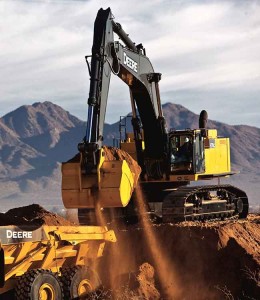 OK, customers want powerful machines that are cheap to run and reliable too. However, one feature missing from most of the OEMs’ requirement lists is more power. That’s a bit of a surprise, when you consider that people buy this class of machine for power in the first place.

“When a customer says he wants power, what he is really saying is that he wants to get more work done,” says Sebastian Witkowski, product marketing manager, Intelligent Machine Controls, Komatsu America Corp.

A focus on productivity instead of raw power seems to be a long-term trend in this industry. “People want a machine with power that matches the application,” notes Rauch. 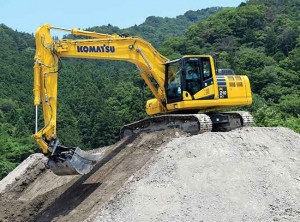 Customer requirements are key, but not the only, factor in machine design. “Some requirements arise through regulations,” notes Corey Rogers, marketing manager, Hyundai Construction Equipment Americas. “We all realize that Tier 5 emission standards are just a few years away. Hyundai, along with every other manufacturer, has to respond to those requirements.”

“Customers are getting smarter about what their true costs are and managing them a lot better,” says Rauch.

It’s a tougher environment than ever before, he notes. Regulations are more numerous and stricter, the work is more complex and competition is fierce. “It’s a challenging market,” he says. “Companies today have a leaner fleet than they’ve ever had. Customers need to know how a machine is being utilized and how productive it is. If they can find out that one loader operator is outperforming another, they can make decisions on training or the equipment.” 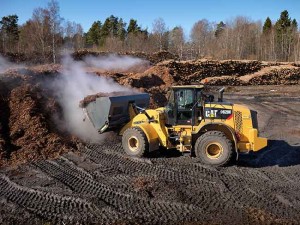 “In construction, the margins are so tight on a road job or a new Walmart or a new high-rise building and the competition is so fierce that owners are trying to monitor and eke out every dollar they possibly can,” says Jason Hurdis, senior market professional, responsible for Caterpillar Inc.’s quarry and aggregate segment and the fuel efficiency program.

Even the most productive machine is useless when it is idle. “Customers have a much higher level of support expectations, 24/7,” says Holtberg-Benge. Machine monitoring technology is a key element to supporting them, she says. “For the production-class machine customers, dealers are monitoring trouble codes, proactively looking at trends and dealing with issues before they occur, using some of our tools like remote diagnostics and programming are important. They can address an issue before it actually becomes a problem for the customer.”

Most of the OEMs agree that fuel efficiency remains a top customer concern, despite recent declines in the price of diesel. “People are still worried about it, and it will go back up,” says Rauch.

From a contractor’s standpoint, fuel is still 30 to 35 per cent of their operating costs, according to Hurdis. “If you are one or two per cent more fuel-efficient than the next guy, that goes directly into your bottom line.”

It is a hot topic. Both Caterpillar and Deere have introduced fairly straightforward fuel-efficiency guarantees for their customers.

The Caterpillar program was well-received and was recently extended, says Hurdis. About 30 per cent of eligible machines are currently enrolled in the program, and he expects a spike in buy-in after the upcoming, first series of payouts wins over the skeptics.

All of the OEMs emphasize fuel efficiency in their offerings. Hurdis says the introduction of the highly digital Tier 4 engines was a key enabler.

Last year, Doosan Infracore launched its load-sensing Smart Power Control at the same time it launched its Tier 4 Final engines in the excavator line. “We tested it extensively on how saving fuel correlated to production, because that’s the bottom line. Our tests showed that it was pretty much spot-on, production-wise: test results showed that we saved more than five per cent, on average, in fuel,” says Reardon.

And while fuel costs are hampering ROI calculations on hybrid machines for now, growth in this technology is inevitable. “I think we’re going to see another uptick in what people generically call hybrids,” says Hurdis. “It will be an electric-drive machine with a CVT style transmission. I think they’re going to become more and more popular, and as they become more popular, the cost will go down.”

Deere’s 944K hybrid loader is one recent launch in this arena. The huge, 536 hp loader offers up to 40 per cent fuel savings over conventional drives. It’s also something of a showpiece in terms of automation, software and controls, according to Rauch.

Tier 4 engine regulations enabled a host of machine productivity improvements through enhanced controls and hydraulics. “Although there have been slight improvements in fuel consumption of the engines over the tier levels (two to four per cent per tier level), the majority of the gains in fuel efficiency are a result of systems integration and improvements in other machine systems,” says Ray Gallant, vice-president of Sales Support, Volvo Construction Equipment.

“In excavators, for example, we are seeing more integrated electronics and the development of individual metering valves, which allow dynamic optimization of each function, thereby optimizing the entire system,” he adds.

“We use intelligent load sensing hydraulics in many of our machines, including loaders, haulers and pavers. These systems allow the machines to efficiently adjust the systems to match the application loads, all without additional demands on the operator,” says Gallant.

“Up until a couple of years ago, [machine automation] was all about aftermarket 3D GNSS systems,” says Anetsberger. The technology is now expanding dramatically. “The industry is moving quite strongly toward taking that GNSS technology and integrating it into the machine to maximize productivity, enabling you to do a lot more with the machine,”

Now, project files can be downloaded from the office to the machine control and the machine can report back with project and other data.

“We have two-way communication with the machine, not only reading those trouble codes and trends but also programming the controllers on the machine,” explains Holtberg-Benge.

She adds that there is another piece: expert alerts. “It helps them pull together trends. Any customer will tell you that he doesn’t want to get a million alerts. He only wants the ones that are going to tell him what to do and give him insight into a problem,” says Holtberg-Benge. The system makes it simple to put together multiple trouble codes and enable a dealer to understand when a potential failure might occur.”

Telematics is helping customers better plan their jobsites and their businesses for higher profitability. Potential applications continue to grow. “It was a perfect storm, and we feel we are on the leading edge,” says Hurdis.

Parts are another side of the same issue. It doesn’t do much good to know that a part needs replacing if the replacement is not available. It’s a question of effective dealer support, says Holtberg-Benge. Being able to predict customer parts requirements through telematics is important.

Leveraging that connected machine data enables engineers to understand the lifetime of a component and plan on how the dealer can proactively support the customer, notes Holtberg-Benge.

As customers scale back on in-house maintenance, dealer support becomes vital. “In many cases, users might be working far from home base and need support on a remote jobsite. That’s especially true as our customers grow regionally, nationally and globally,” says Rauch.

“Operator comfort is important, but it has almost become an expectation,” says Reardon, adding that an ergonomically designed cab is almost taken for granted by customers and is common across the industry.

At the end of the day, everything rests on the operator’s shoulders. Machine control is easing some of the pain by allowing new hires to hit higher standards and enabling experienced operators to excel.

“Customers are looking more and more at multi-tasking their staffs,” says Anetsberger They may need to put their dozer operator on an excavator. The technology gives you the ability to move reliable operators around.

Machine automation can make the life of an operator a lot less stressful. Without it, “If you lose focus on what you’re doing, you can make some expensive mistakes,” says Anetsberger.

Operator safety and comfort are at the top of every OEM’s design requirements. For example, Hyundai’s HX series excavators offer the AAVM system, providing the operator with a 360-degree view of the work environment. As well, the IMOD dynamic object-detection system detects objects within the working range up to 16.5 ft. Other features include haptic controllers for remote control of all monitor functions.

Presenting data to the operator in an easy-to-understand way is crucial and a well-designed operator interface, easy to read and use, is key.

The goal is simple. “The operator is in control. He has all the information he needs, with the assist from the machine,” says Anetsberger. “This gives the younger operators a chance to get in on the ground level. It’s an exciting time for them.”

As an example of this focus on usability, Komatsu’s 12.1-in. touch screen display makes grading simple and highly accurate, with a facing angle compass, a light bar and audio guidance. Information such as real-time “as-built” status, a magnified fine grading view or a 3-D-view may be displayed simultaneously, according to the firm.

There’s no one uber-technology that we can point a finger at and call “The Next Big Thing” in Big Iron. The focus is shifting toward a data-driven, systems approach that makes a piece of construction equipment more like a business machine than an earth-chewing monster.

“These technologies can give you up to a 63 per cent improvement in productivity, compared to manual operation. We are talking huge numbers, and that’s why the technology is so important – because the upside is huge,” says Anetsberger.

How to select a wheel loader