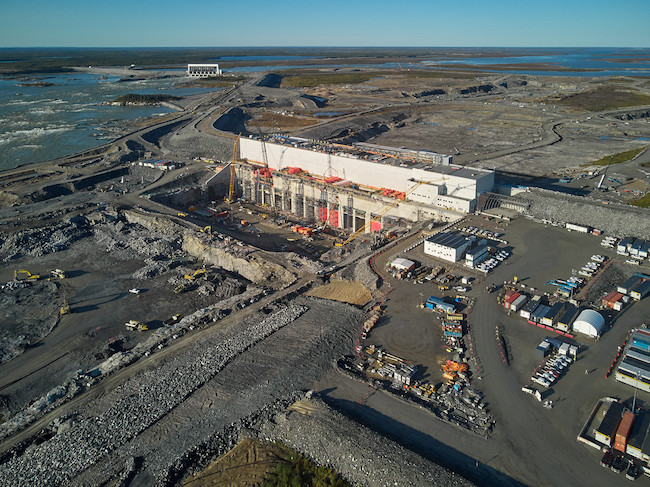 An aerial shot of the sprawling job site after more than five years of construction. Work will now begin winding down with 2019 as the final peak year for construction. PHOTO: Manitoba Hydro

A trove of equipment that’s helped build the Keeyask Generating Station in northern Manitoba over the past five years is hitting the used market as construction on the $8.7 billion hydro project starts to wind down.

BBE Hydro Constructors LP, the team responsible for building the largest portion of the 695-megawatt project, has consigned thousands of items to Ritchie Bros., which has begun selling the equipment, vehicles and other products used during earlier phases of construction.

The auctioneer noted most the equipment was specifically bought for work on the Keeyask project between 2014 and 2018. Cat dozers (D4Ks, D6Ts, D8Ts, D9Ts and D10s); Cat motor graders (14Ms and 16Ms); Cat and Komatsu excavators; Cat and Komatsu 40-ton dump trucks; wheel loaders; cranes; skid steers; crushing equipment; truck tractors; boom trucks; and mixer trucks are among the types of equipment being sold.

Construction team members Bechtel, Barnard Construction and EllisDon started construction on the dam in summer 2014 after being awarded the general civil contract for the project. The consortium’s scope of work has included rock excavation, earth structures, concrete for the powerhouse and spillway and construction of the temporary cofferdams. 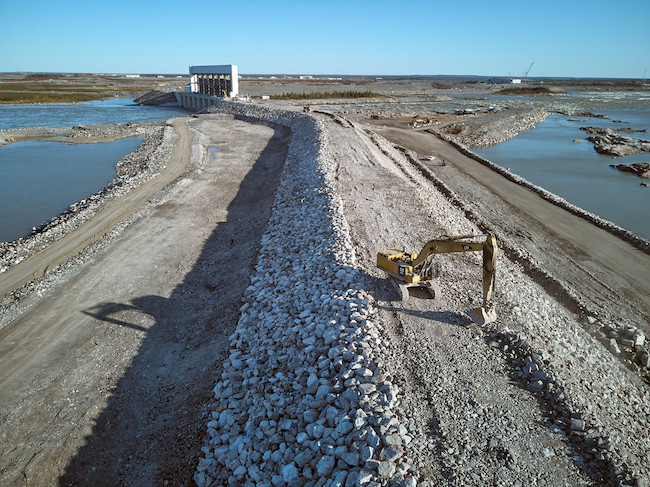 A Cat excavator at work on a dike on the project site last month. PHOTO: Manitoba Hydro

After five years of work, 2019 is the final peak year for construction on the dam — meaning the project will begin winding down next year as more components are completed.

In a project update Nov. 1, Manitoba Hydro noted it’s on track to meet or exceed all its construction goals for 2019. Most notably, progress on the earthworks and concrete will allow crews to shift their focus to installing the dam’s mechanical and electrical systems, as well as the turbine and generator components next year. The crown-owned utility said recent progress may allow it to put Keeyask in service earlier than anticipated, but it has not yet committed to any schedule changes.