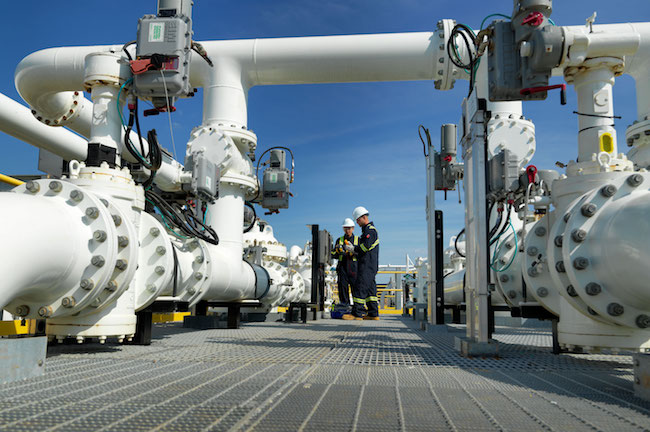 A facility on the existing Keystone Pipeline route. The XL project will link up with and add capacity to the existing pipeline. PHOTO: TC Energy

The Calgary-based company said it is forging ahead with construction of the pipeline designed to transport up to 830,000 barrels per day of oil from Alberta to Nebraska despite Biden’s election campaign vow to rip up the presidential permit that allows it to move oil across the border.

“We’ve looked at the incoming Biden administration’s Build Back Better plan and the steps that we’ve already taken with Keystone XL, we believe, have positioned it very favourably, particularly as we bring jobs to the economy next year, a key platform for the U.S. government as we recover from the COVID-19 pandemic” Bevin Wirzba, president of liquids pipelines, said during on a webcast from the Calgary-based company’s investor day.

In October, TC Energy announced the awarding of more than US$1.6 billion worth of contracts to six American unionized contractors to execute pipeline construction across three states, supporting more than 7,000 union jobs in 2021.

It also said it would create a US$10-million clean energy training fund.

On Tuesday, it announced a deal to allow Natural Law Energy, which represents four First Nations in Alberta and one in Saskatchewan, to invest up to $1 billion in Keystone XL, an agreement that is similar to potential deals being negotiated with American Indigenous groups, Wirzba said.

The company has constructed about 200 kilometres of pipeline since the project was approved last March, including the border crossing, and has begun construction of 17 pump stations in the states it traverses and Alberta, he reported.

The company plans to ramp up construction in the first quarter of 2021 to take the construction workforce from about 3,000 now to as many as 15,000 people, CEO Russ Girling said.

In response to a question, he said the cancellation of Keystone XL would not hurt the company because it has more growth investment options than it has the cash flow capacity to pursue.

TC Energy approved spending US$8 billion to complete Keystone XL earlier this year after the Alberta government agreed to invest about US$1.1 billion (C$1.5 billion) as equity and guarantee a US$4.2-billion project loan.

The Natural Law Energy investment depends on the group securing financing and is expected to close in the third quarter of 2021, TC Energy said. The agreement also allows the group to pursue interests in future projects related to the pipeline.

On the webcast, meanwhile, the incoming CEO said the company will adjust to pursue opportunities presented by the world’s transition to more renewable energy sources but its conservative business strategy won’t change on his watch.

Chief operating officer Francois Poirier, who is also president for power and storage and Mexican operations, said investors shouldn’t expect big changes when he takes over as CEO from retiring leader Girling at the end of 2020.

“Looking forward, reliable, abundant, low-cost energy will be critical as people around the globe seek to enhance their standard of living. The real challenge will be to meet that need while prudently managing the associated environmental impacts including climate change,” he said on the webcast.

Earlier this month, rival Enbridge Inc., the operator of the largest crude oil pipeline network in North America, announced it would reduce its greenhouse gas emissions intensity to net zero by 2050 and reduce emission intensity by 35 per cent by 2030 compared with 2018.

Poirier said TC Energy wants to have a concrete emissions reduction plan in place to go along with its aspirational goal and will be working on that before making public its specific emissions targets next year.

TC Energy is pursuing $37 billion of commercially secured capital projects across North America, including $22 billion for handling natural gas in Canada, the U.S. and Mexico, $13 billion in oil pipelines including Keystone XL and $2 billion in power and storage.