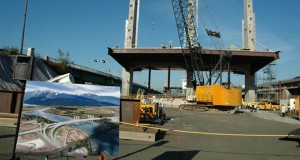 The Liberal government has been under pressure from big city mayors to loosen restrictions on promised infrastructure dollars so that cities can spend the money where they feel they need it most.

Ottawa usually imposes multiple conditions on funding granted to cities and only gives out money for incurred project costs. That doesn’t always help cities that want to spend federal funding on different aspects of a project, rather than a narrow window. 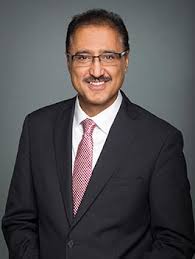 Infrastructure Minister Amarjeet Sohi said the government wants to cut as many strings as possible from the billions in new funding, while ensuring the spending meets long-term goals, such as economic growth.

The former Edmonton city councillor said the government wants to make its funding approach as flexible as possible to meet the needs of communities who know best where they need to spend money.

“They know better than me as a federal minister what their needs are,” Sohi said after meeting with the big city mayors.

“So we need to have as few strings attached to the funding, keeping in mind the outcomes we want to achieve.”

The chairman of the big city’s mayor group, Vancouver’s Gregor Robertson, said flexibility in how to use the new federal funds is vital to getting projects built as soon as possible.

“We’re very much aligned in terms of flexibility and urgency to move the investment into infrastructure,” he said.

The 21 mayors who make up the big city caucus of the Federation of Canadian Municipalities are in the nation’s capital to lobby the Liberals as the government crafts rules for its ambitious infrastructure program. They met with Sohi on Thursday; they had a private meeting with Prime Minister Justin Trudeau on Friday. 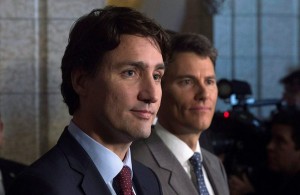 The Liberals have promised to spend an additional $60 billion on infrastructure over the next decade, with $5.1 billion of the new money to be doled out this coming fiscal year. By the end of the 10-year plan, total federal investment in infrastructure — about 60 per cent of which is owned by local governments — will hit $125 billion under the Liberal plan.

While the final details of the spending aren’t planned to be officially released until the budget — department officials are still crafting the final policy for the infrastructure fund — the government has already given indications it is willing to make the program flexible. Sohi said again the government was willing to pick up a bigger slice of project costs, rather than the rigid three-way split of costs among the federal, provincial and local government.

Sohi said the government is still looking for ways to quickly allocate $9 billion in existing, unspent infrastructure money, which could have paid for projects over the last two summer construction seasons.

“I don’t want to lose another construction season,” he said.