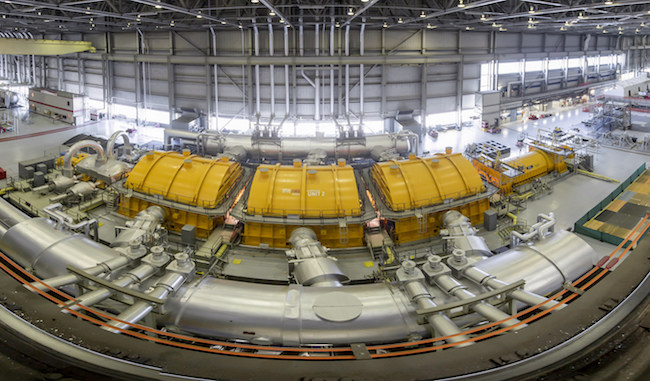 Refurbishment work has wrapped up the first of four units at Ontario’s Darlington Nuclear Generating Station.

Ontario Power Generation said March 27 that construction crews had completed a rebuild of the plant’s Unit 2 reactor after about three and a half years of work. The power provider will begin the restart process on the nuclear unit once it’s able to secure the proper approvals from the Canadian Nuclear Safety Commission.

The milestone marks the end of the first phase of a major overhaul of the generating station outside Clarington, Ont., which first started generating power in 1990. A joint venture between Aecon Group Inc. and SNC-Lavalin Nuclear Inc. are tackling the massive retrofit after winning the $2.75 billion contract to take on the work in 2016.

With Unit 2 going back online shortly, work on Darlington’s Unit 3 was originally scheduled to start in May. However, the lingering COVID-19 crisis will force crews to adjust their timeline, leaving Unit 3 in service for the time being. OPG said it will consult with the project team to adjust the schedule over the next few weeks.

Refurbishment work on the plant’s other two reactor units — 1 and 4 — is scheduled to start in 2021 and 2023, respectively. The multibillion-dollar plant retrofit is expected to be complete by 2026.