Cheaper to ‘taxi’ squirrels than build a bridge

The case of a “squirrel bridge” built four years ago near The Hague in the Netherlands has been causing lots of amusement in international media. 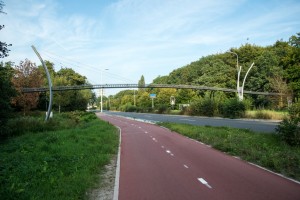 The bridge was custom designed to help squirrels get from one forested area to another over a motorway. The elegant structure cost 150,000 Euros (CAD $220,000) to build.

However, surveillance cameras have shown that only five squirrels have ever availed themselves of the privilege.

In the first two years, not one squirrel used the bridge to cross. In 2014 three squirrels crossed, and then last year two made the passage.

The cost of building the bridge works out to around CAD $44,000 per squirrel trip.

Confronted with charges that building the bridge was a colossal waste of money, the mayor’s office defended it on the basis that funding came not from the city, but from national environmental funding.

One councillor pointed out on the local radio that it would have been cheaper to hire private taxis to transport the animals around the divide.


1 Comment » for Cheaper to ‘taxi’ squirrels than build a bridge