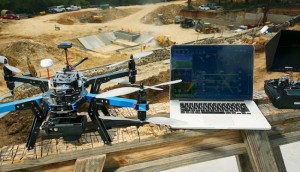 UAV drone use in construction no longer a novelty.

Canadians expect to feel safe on the ground and in the sky, which is why Transport Canada is moving forward with a number of safety initiatives for drones.

Kate Young, Member of Parliament for London West and Parliamentary Secretary to the Minister of Transport, on behalf of Minister Marc Garneau, outlined concrete steps that have been taken to improve safety and support innovation in one of Canada’s fastest growing industries: drones. This includes launching a new incident-reporting tool to keep Canadians safe from reckless drone use and issuing new exemptions for non-recreational operators that will help industry evolve and develop in a rapidly changing field.

Over the past year, Transport Canada has made progress on drones, also known as unmanned air vehicles (UAVs). The department is focused on a number of key areas including:

Canadians are encouraged to visit www.canada.ca/drone-safety for updates on the department’s progress on drones.

“In the past few years, the use of drones in Canada has increased tremendously and it’s a good time to be working with this industry. Transport Canada is taking a number of steps to improve safety and innovation in this sector, including engaging retailers so new drone users are aware of the rules from the start; introducing an efficient tool for Canadians to report safety issues; and helping drone users test new technology,” said The Honourable Marc Garneau
Minister of Transport.

1 Comment » for Using a drone? Read up on Transport Canada’s new reporting tool and safety initiatives