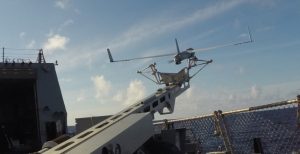 The company also received a contract from Insitu, a Boeing subsidiary, to expand flight-testing.

Under the contract, Ballard is offered extended durability testing of the 1.3-kilowatt system to power test flights with Insitu’s ScanEagle UAV platform.

Ballard and Insitu have partnered over the past two years to integrate Ballard’s prior generation fuel cell propulsion system – a hydrogen power system for small, unmanned fixed wing and Vertical Take Off and Landing (VTOL) platforms – into the ScanEagle platform. Successful flight-testing was announced in mid-2017.

“This new fuel cell has the potential to deliver a range of benefits compared to the use of an internal combustion engine, or ICE, to power the ScanEagle,” said Phil Robinson, vice president of unmanned systems at Protonex, a Ballard subsidiary.

“These benefits are likely to include an increase in reliability and available electrical power along with a simultaneous reduction in audible noise, thereby enabling lower altitude missions.”

ScanEagle is 1.55 meters in length, has a wingspan of 3.11 meters and maximum take-off weight of 22 kilograms. The UAV can fly at a maximum speed of 41.2 meters per second and reach a ceiling of 5,944 meters.

In addition to military use, the commercial market for drones is expected to growth significantly over the next few years, from 250,000 working drones in 2017 to more than 2.5 million working drones by 2021.  Applications are anticipated in such areas as agriculture, construction, environmental management, urban and rural surveying, mining, emergency response and law enforcement.