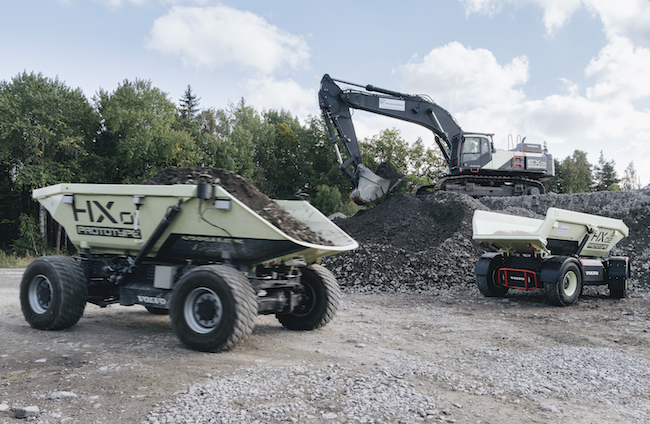 GOTHENBURG, Sweden—With the market for automated vehicles continuing to gain traction, Volvo Group and U.S. tech firm Nvidia are teaming up on the development of the complex series of systems behind driverless trucks, construction equipment and public transport vehicles.

The Sweden-based truck and heavy equipment manufacturer announced the new partnership June 18. It said the two companies will jointly develop the “decision making systems” for commercial vehicles and machines — an area in which Volvo has already begun experimenting.

“We continue to gradually introduce automated applications in the entire spectrum of automation, from driver support systems to fully autonomous vehicles and machines,” Martin Lundstedt, president and CEO of Volvo Group, said in a release. “This partnership with Nvidia is an important next step on that journey.”

Nvidia, which got its start manufacturing computer graphics hardware, has expanded aggressively into artificial intelligence in recent years. Volvo said the self-driving systems in its upcoming vehicles will rely on the U.S. firm’s software stack, which target key vehicle autonomy areas such as sensor processing, perception, map localization and path planning. Developing a flexible and scalable autonomous driving system that can be used across Volvo’s product groups — freight transport, garbage collection, public transport, construction, mining, forestry, among others — is the main goal of the partnership.

But the companies do not expect new products to reach the open market immediately. Volvo said it plans to test the systems in commercial-scale pilots before they reach its main customer base.

The partnership deal spans several years. Staff from both companies will begin work on the project immediately in Gothenburg, Sweden and Santa Clara, Calif.