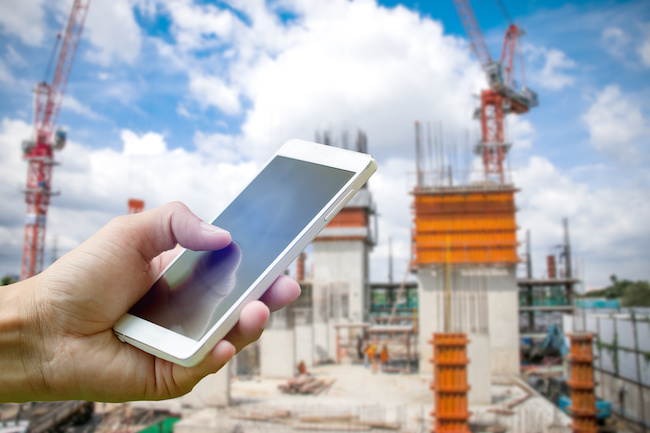 TORONTO—A Canadian tech company focused on workplace safety is looking to grow its business in Canada and the U.S., as well as jump the Atlantic to enter the European market, following a major investment from U.K.-based Alcumus.

eCompliance, which serves more than 100 companies in the Canadian construction market, along with many more in the U.S. and other industries, said Alcumus completed a $40 million investment in the company Aug. 2. The deal gives the U.K. risk management firm a majority interest in the Toronto-headquartered software business.

Adrian Bartha, eCompliance’s CEO, said the deal will help the company to take its next leap forward.

“We’re moving away from the days when a lot of owners and contractors would find out weeks or months later about what happened on their sites,” Bartha said in an interview. “We’re trying to move that more into a real-time environment, just like in other areas of construction.”

Formed in 2013, partly in response to two deaths on a job site in eastern Canada, eCompliance has developed a mobile app and web-based dashboard to make safety reporting simpler and more effective. As it’s expanded across Canada and the U.S., it’s also moved from a sole focus on construction to other markets, such as energy and manufacturing. Construction, however, still accounts for about 40 per cent of the company’s business. It counts Turner Construction Co. and the Nova Scotia-based Municipal Group of Companies among its Canadian clients.

“Historically, a lot of systems and software was just for the office folks,” Bartha said. “Our product is meant to boost productivity on the frontlines, and then what it does is give the head office and the owners of the company a more transparent view on safety and risk.”

To encourage frontline staff to adopt its mobile app — which can run on both personal or work devices — eCompliance designed its platform to be simple to use and more seamless than traditional pen and paper solutions.

“A major barrier for people reporting stuff was just that they had to take a piece of paper, they had to scan it — it’s just a pain in the ass — and so, the mobile app makes it a little bit more instantaneous,” Bartha said. “They can take photos, circle it with their fingers, show where an issue or risk might have arisen.”

Once issues are in the system, foremen or a company’s management team can identify problem areas.

At the same time, eCompliance says its platform encourages customers to take new approaches to safety, particularly when it comes to the next generation of workers.

“They work differently and perceive the world a little bit differently than their peers that are toward the end of their careers,” Bartha said. “It used to be about compliance orders… whereas now it’s more about giving someone a virtual high five because they did a great job. Having that transparent across site or company might do wonders for the safety culture.”

As it builds a wider pool of data from across the construction industry, eCompliance also hopes to be able to put it to use identifying trouble areas early.

“We don’t call it predictive because if you can predict it you can prevent it, but we like calling it preventative analytics,” Bartha said.

With Alcumus purchasing a majority stake in the business, eCompliance will serve as the North American arm of the U.K. company, while Bartha will continue at the helm. Alcumus anticipates bringing numerous products and services it currently offers to its approximately 40,000 clients in Europe to Canada and the U.S., while eCompliance’s solutions will likely migrate to the U.K. and Europeans markets.