Voting for the CAA Worst Roads campaign is now open

Annual advocacy campaign asks road users to vote for the worst road in their community. 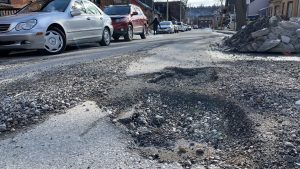 Looking like an awkward dance on the highway, springtime brings a plethora of potholes that many motorists try to avoid, nudging their cars cautiously around the ones they can miss, and gritting their teeth and hoping their rims survive the impact with the ones they cannot. Of course, some roads are worse than others.

CAA Atlantic, CAA South Central Ontario and CAA Manitoba are giving drivers the chance to hand out some recognition for the roads in their area. It’s time to vote for the bad roads in your community in the annual CAA Worst Roads campaign.

“We know that through CAA’s research, almost three quarters of Ontarians are venting about the state of our roads to either their spouses, friends or co-workers and not always to local government officials,” says Teresa Di Felice, assistant vice-president of government and community relations at CAA South Central Ontario, Canada’s largest CAA club. “As we kick off another year of the CAA Worst Roads campaign, we are calling on all Ontarians to vote for their worst roads today and join the community of drivers, cyclists, transit riders and pedestrians committed to improving Ontario’s roads.”

“We are very proud to say that this annual advocacy campaign has influenced change for 10 years,” adds Heather Mack, manager of government and community relations at CAA Manitoba.

The campaign helps inform decision-makers across various levels of government about the roadway improvements that are top of mind for road users, and where improvements could be prioritized. It puts a spotlight on such issues as congestion, potholes, poor road signs and the timing of traffic lights to pedestrian and cycling safety.

Potholes and poor road conditions are often the most common issues noted by road users and can cost motorists thousands of dollars in repairs when damage to vehicles is caused. The average cost of repairing pothole damage to a vehicle is more than $300, with some fixes topping $6,000 depending on the make and model of the car. According to the 2019 Canadian Infrastructure Report Card, every dollar spent on pavement preservation may eliminate or delay spending as much as $10 on costly repairs later. 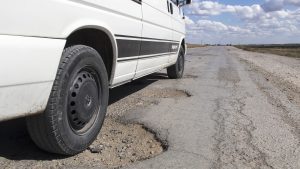 CAA is giving everyone the opportunity to voice concerns about the bad roads in their community. (CNW Group/CAA Manitoba)

“Not only can poor roads cause damage to vehicles but they also heavily contribute to the wear and tear of tires and increased fuel consumption which is why the maintenance and quality of our roadways is even more important than ever,” says Mack.

“The key to economic recovery is the investment in roads and supporting infrastructure because when we invest in our roads, we also create jobs,” says Di Felice. “Throughout the pandemic, our roads have been the arteries used every day to keep essential workers, goods and services flowing. Now more than ever, funding for roadway improvements and proper infrastructure needs to be consistent to ensure that quality and safety is maintained for everyone.”

In Ontario, CAA will partner with the Ontario Road Builders’ Association (ORBA) to verify and compile a list of the top 10 Worst Roads in Ontario, along with the top five Worst Roads in regions across the province.

“The goal of the CAA Worst Roads campaign is to get roads repaired in a timely manner by working in partnership with government to invest in road maintenance, repair and replacement,” says Bryan Hocking, CEO of ORBA. “The Ontario Road Builders’ Association’s role in this campaign is a technical one. We will assess each road on the list, offer a life cycle analysis, and analyze how long the road can last in its current condition and offer an explanation for its deterioration.”

Nominations for CAA’s Worst Roads can be cast at www.caaworstroads.com until April 6 for Manitoba, April 15 for the Atlantic region, and April 19 for Ontario.