Pandemic continues to influence traffic loads on highways in major cities around the globe. 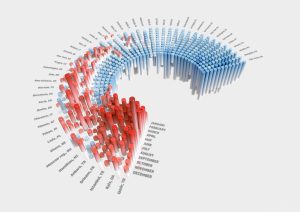 Travel last year was still strongly influenced by the effects of the health crisis, reports geolocation technology specialist TomTom in the 11th edition of its annual TomTom Traffic Index. The report details traffic trends seen in more than 400 cities in 58 countries, throughout 2021.

Traffic congestion in most Canadian cities rose slightly in 2021, compared to 2020, but was still lower than in 2019, which can be used as the baseline of pre-COVID times. Worldwide, congestion is 10 per cent lower compared to 2019, with a decrease of 19 per cent specifically at peak hours.

Out of the 404 cities included in the Index, 283 experienced lower average congestion than in 2019. However, many cities have shown extreme fluctuations in traffic across the year, going from extreme lows during travel restrictions to extreme highs when restrictions were lifted. Congestion level percentage is the extra travel time a driver will experience when compared to an uncongested situation.

The report notes 2021 as the year where changes in working habits were solidified: the home office became a standard for many companies, teleconferences replaced physical meetings and flexible work hours had many commuters avoiding and offsetting their rush hours. As a consequence, peak hours have shifted in almost 40 per cent of the cities worldwide. Other factors, such as extreme weather conditions, also raised congestion levels at times.

The report states that most traffic pain points stem from interurban movement. In the context of the pandemic, public transit lost much of its attractiveness as travellers favoured their private cars, seen as a safer way to maintain social distancing. The increased use of private cars led to a sharp increase in traffic congestion in many cities whenever pandemic restrictions were lifted, reaching and sometimes exceeding the 2019 thresholds.

To see where each city ranked in 2021, visit tomtom.com/TrafficIndex.