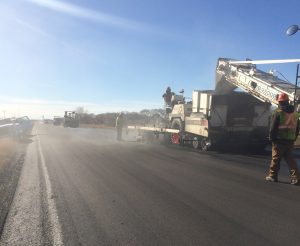 SASKATCHEWAN—The Saskatchewan Ministry of Highways and Infrastructure has tendered 24 projects worth an estimated $65 million.

Improvements to highway safety throughout the province are the focus of the projects.

Passing lanes will be constructed on Highway 4 between North Battleford and Cochin, and on Highway 6 between the junction of Highway 39 and the Rowatt Access. Highway 7 will be twinned around the Village of Vanscoy.

The tenders include about 70 kilometres of grading and paving, 225 kilometres of maintenance work – such as seal coating, rut filling and patching – nine bridge replacements or rehabilitations, and two culvert installations.

Combined with the tenders released in September 2017, there are over 130 highway improvement projects in progress in the province.

Tender advertising is currently underway. Start dates are dependent on when the tender is awarded, contractor availability and weather.