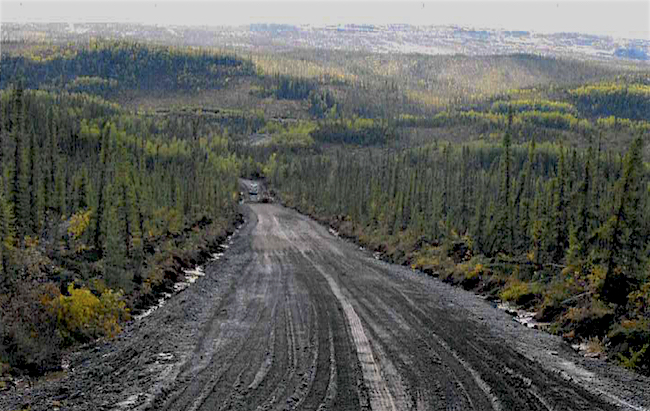 Construction on at least one component of Yukon’s far-reaching Resource Gateway Project is poised to start in earnest this summer, following several years on the drawing board.

Ranj Pillai, Yukon’s minister of Energy, Mines and Resources said after roughly three years of planning, consulting with First Nations communities and negotiating with Ottawa for greater flexibility, the government will start work this summer on the Carmacks Bypass in the central part of the territory.

“To build a trusting and respectful relationship with First Nations governments, you have to have the patience and the respect to get it right,” Pillai said in an interview. “We see roadbuilding as a major bone of contention and [it] can be a spark for tough conversations across the country when you don’t do these negotiations right.”

Though it’s taken some time — the Yukon Resource Gateway Project was first announced in 2017 and originally scheduled to be complete by 2025 — the Yukon government has now secured six project agreements with local First Nations and is driving forward with an amended plan and an extended timeline for the series of roadbuilding and upgrade projects worth $468.8 million. The goal of the major infrastructure undertaking is to spur private mining investments by providing better access to regions of the territory with high mineral potential, while also giving local communities access to better roads.

“We’ve been lucky to have a team that’s been able to pivot when needed,” Pillai said.”Now we’re pretty happy to be moving lots of dirt and building roads.”

Early works, such as right of way clearing, were underway last year on the Carmacks Bypass, on a segment of the Robert Campbell Highway and on the Nahanni Range Road in southeast Yukon, in preparation for major construction to begin on the three pieces of the wider initiative.

The government is still working through the planning process on several other components of Resource Gateway that have First Nations project agreements in place. The most recent deal signed March 3, for instance, will kick-start an environmental assessment and design process for an upgrade to 110 kilometres of road worth an estimated $63 million. That agreement reached with the First Nation of Na-Cho Nyäk Dun, the largest struck so far, covers work on the Silver Trail from the Klondike Highway to Mayo and Keno City.

Early planning is also underway for a final pair of proposed Resource Gateway projects. Pillai said Yukon is aiming to firm up two other major agreements with First Nations to cap the infrastructure build out expected to total some 650 kilometres of new or upgraded roads.

Outside Carmacks, the bypass project consists of a new road that will allow mining traffic to access Freegold Road without needing to drive through town. Construction of Nordenskiold River bridge is among the project’s major components.

For each piece of Resource Gateway, agreements between Yukon and the affected First Nation is required. The consultations share common threads, Pillai said, noting that much of the focus has come down to responsible development.

A map of the planned projects, from Yukon’s agreement with Ottawa. Click to enlarge

“It’s really about impact,” he said. “Folks in those communities really embrace traditional ways of living. It’s extremely important to them and their culture.”

Wildlife protection is one area the territory has focused its efforts.

“We have really embraced the concepts of modern road ecology values so that we can understand that set of tools when we’re at the table negotiating,” Pillai said. “It’s really important for us to make sure that the new roads that we build, we do it in a way that mitigates to the greatest impacts to wildlife in those areas.” 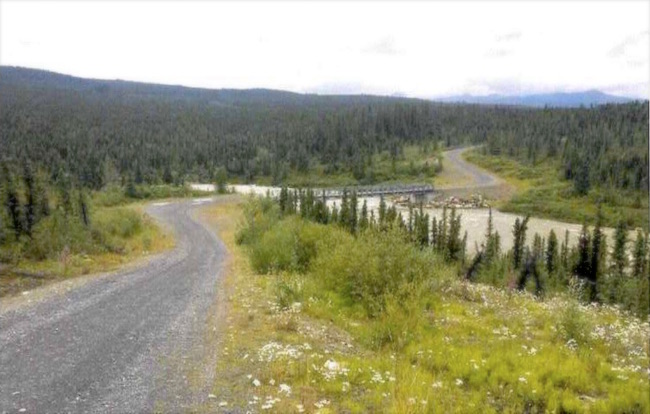 Pillai says responsible development has been the focus of many of the agreements with First Nations. PHOTO: Government of Yukon

While the slower than expected timeline for getting shovels in the ground has led to some criticism, Pillai said the rejigged schedule has helped the territory avoid costly missteps, particularly when it comes to a couple of the proposed mining projects it had initially pointed to as anchoring the development effort.

“Some of the areas that were originally contemplated have become pretty quiet for development,” Pillai says.

He pointed to the Selwyn Chihong mine on the Nahanni Road as an example of a proposed project that’s stalled since Resource Gateway was first conceived. While upgrades along a shorter portion of the road are still moving ahead, Yukon has redirected funding planned for the wider Nahanni road project, in part, to work on the Robert Campbell Highway, a move that will support the emerging Kudz Ze Kayah, or KZK, mining project.

“You can imagine how much criticism the government would be getting if we were about to build a $100 million road to an area where there’s not currently a project being built,” he said.

An amended project agreement with Ottawa in 2019 unbundled the Yukon government’s initial proposal, giving it more flexibility to adapt to changing investment conditions and adding five years to the initial completion schedule. If the government was still on the 2025 timeline it would be extremely tight, Pillai said.

Yukon’s contribution to the road work totals roughly $112 million. Ottawa has agreed to spend up to $248.2 million, while mining firms are expected to be on the hook for $108.7 million.