Construction on $3.7B Turcot interchange in Montreal draws to close after six years 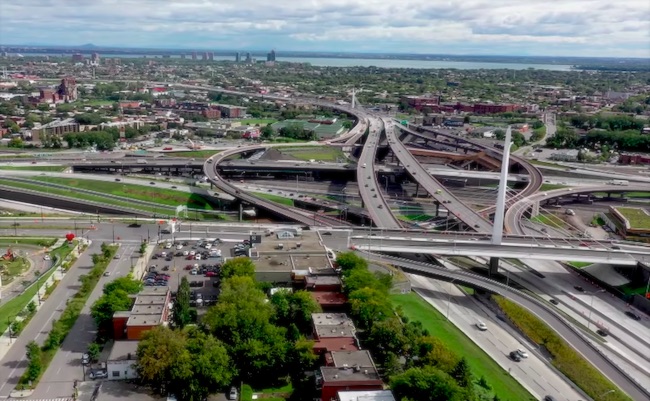 The reconstruction of a complex stack interchange that has been among the largest infrastructure jobs in Quebec over the past several years has entered its final stretch.

The interchange is a key highway junction on the south end of the Island of Montreal, where highways 15, 20 and 720 converge. Just north of the Lachine Canal, the interchange was initially built in the 1960s and required replacement. Major work got underway in 2015, with the KPH Turcot consortium — made up of Kiewit Corp., Parsons Canada Ltd., CRH Canada Group Inc. and WSP Canada Inc. — taking on the bulk of the work under a design-build contract.

At peak, more than 1,000 workers took part in the complex demolition and reconstruction project, which has also been a significant source of frustration for the 300,000 or so Montreal commuters and other drivers who travel through the interchange each day.

The nearly six years of rebuilding is designed to keep traffic running smoothly through the three-stack interchange for decades. 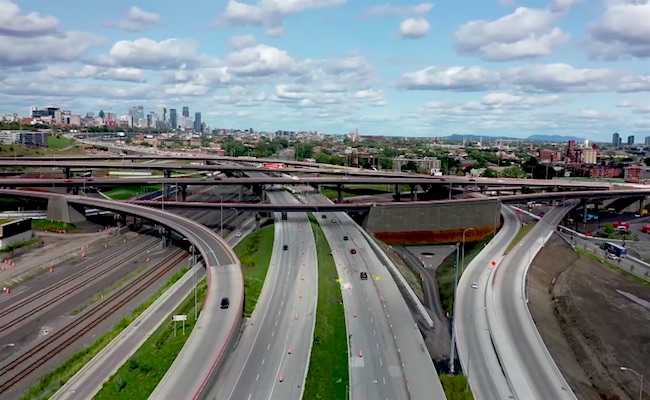 Construction on the interchange’s main components is now compete, with minor work such as landscaping expected to wrap up next spring. PHOTO: Quebec Ministère des Transports

The opening of Pullman Boulevard Oct. 19 puts construction crews near the finish line. Several final elements, such as landscaping, remain to be capped off until next spring.