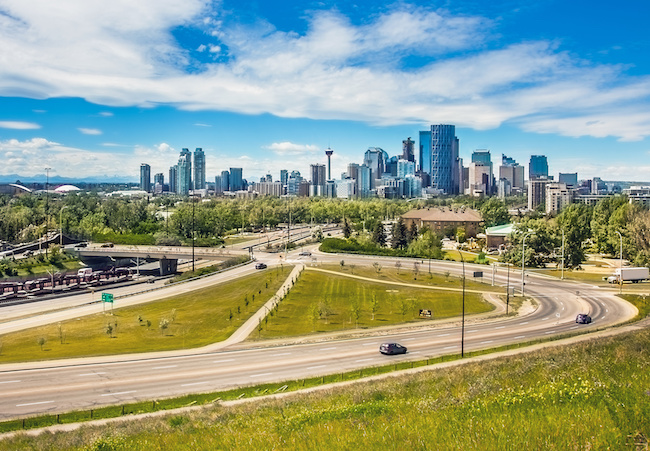 The project covers a series of upgrades along a 35-kilometre section Hwy. 2, known as Deerfoot Trail, as it runs through Calgary. PHOTO: Adobe Stock/Siegfried Schnepf

Alberta Transportation has issued a request for qualifications to construction teams looking to take on a major package of work to improve Deerfoot Trail in Calgary.

The RFQ, launched May 17, includes a long list of upgrades to approximately 35 kilometres of the busy freeway that runs through Calgary, such as adding new lanes, rehabilitating existing sections, improving interchanges and twinning bridges.

The government said it will spend $210 million on the P3 project, and look to the private sector for up to $200 million in additional financing. The commitment replaces a $478 million improvement project announced by the previous NDP government before the 2019 election.

“Deerfoot Trail is Alberta’s busiest road and Calgarians know it’s congested and needs improvement,” said Ric McIver, the province’s minister of Transportation, in a release. “Alberta’s P3 model means we double the taxpayer’s investment with private money, to upgrade twice as many bridges and intersections.”

In addition to the construction work, the design, build, finance and operate contract will include a 30-year maintenance term.

Teams have until June 23 to respond to the RFQ. The province plans to shortlist bidders and issue a request for proposals this August and pick a winning bidder by July 2022.

Construction on the freeway is scheduled to start in fall 2022 and run for about four years.