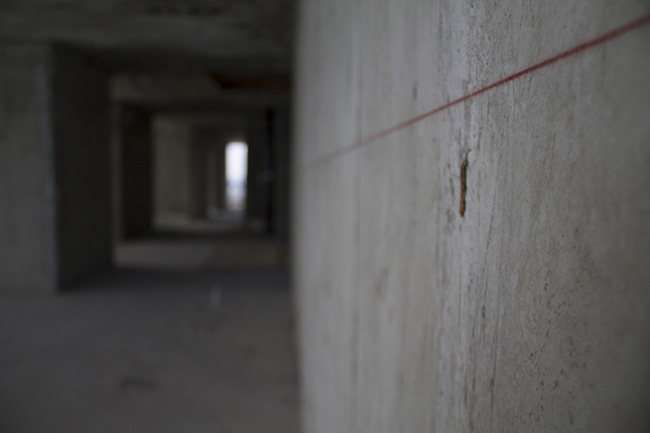 A condo tower under construction in Toronto. The pandemic has altered how prospective buyers — and designers — are looking at interior and exterior spaces

The managing principal of B+H Architects’ Vancouver studio and others working in real estate say more outdoor spaces, areas catering to those working from home, touchless technology and additional elevators will feature heavily in post-pandemic condos.

“We’ve all discovered over (the pandemic) how important the home is, but we have a lot of people who cannot afford amplified homes or individual spaces dedicated to working, especially if there’s two people working from home,” said Rankin.

These people are sparking a shift in condo features and amenities as they seek opportunities to enjoy fresh air and be productive without venturing far from home or exposing themselves to the virus.

While there has long been demand for outdoor amenities, Jared Menkes said the pandemic cranked up the interest condo dwellers have in outside spaces.

“They want that balcony, even if they’re just going to put their bike out there,” said the executive vice-president of Menkes Development Ltd.’s high-rise residential business.

People didn’t think much about balconies before, but now they’re asking if they’re large enough for an outdoor seating area, lounge or space to enjoy a meal, said Rankin.

Architects are also mulling whether they should dedicate space on balconies for hanging a yoga mat, storing weights or exercising, even when temperatures begin to drop, Rankin said.

“I think we’ve all decided that this is not throwaway space,” she said. “This is a complete extension of my living space.”

But it’s not just the balcony people are thinking about. Condo owners want mini dog parks and outdoor theatres, lounges and barbecue settings too.

“Everything that we program on the inside, we want to be able to do that on the outside,” said Menkes.

That philosophy isn’t completely attributable to the pandemic. As condo prices soared over the last decade and many bemoaned a lack of housing supply, developers were pushing past standard gyms and party rooms.

Now there is a Vancouver building offering access to a BMW fleet, Toronto properties with rock climbing walls, pet washing stations and rain and meditation rooms, and others in Montreal with rooftop gardens and badminton courts.

The pandemic is just refining which amenities are in demand and boosting confidence in some of the choices developers have already made.

For example, when the crisis began, Menkes was working on its Festival project in Vaughan, north of Toronto. It will have an outdoor park and screening area — offerings that became more desirable when favourite places were shut down and health officials recommended people keep their socializing at bay or outdoors.

The development has been underway for years and will feature a gym, yoga deck, bocce and basketball courts, hammocks, kids’ play area and putting green outside when it opens, said Vince Santino, Aoyuan’s senior vice-president of development.

Inside, residents will have access to a co-working space, a document centre equipped with photocopiers and Zoom rooms for people needing privacy from family or roommates — or even barking dogs and construction noise.

These amenities became more popular as work from home was increasingly permitted by employers, but Rankin said they also stem from a realization developers and architects are having around lounges meant to suit a wide range of activities.

“We were finding that one generic space for every need wasn’t making a lot of sense and wasn’t getting used,” she said.

“We started to look at the things people were really demanding, and those were individual spaces where you can be ‘alone together’ within your larger building, but still have individual areas.”

How people move from their units to those public areas will also get easier because limits on elevator capacity during the pandemic created problems with mobility.

Rankin has heard of people on the 25th floor waiting half an hour for a lift, so she’s expecting additional elevators to figure into future plans.

Santino, meanwhile, expects to see condos look for ways to reduce high contact surfaces. Touchless entry systems, apps controlling admittance to a building or area and facial recognition are on his radar.

“It just makes life a little easier for the condo board and residents, but also, we want to be safe with things like COVID, if going forward we happen to encounter the same situation.”