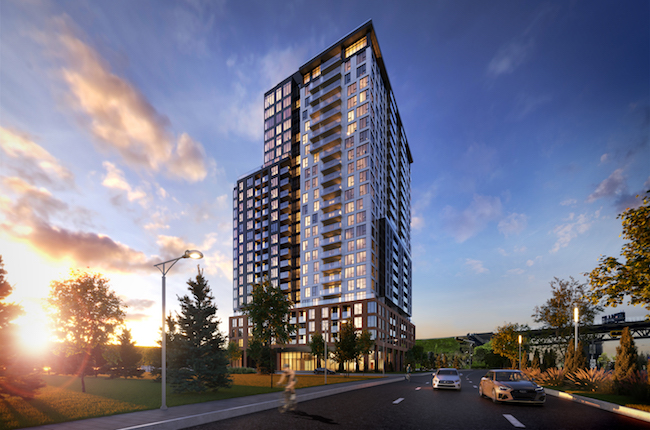 A rendering of one of the new residential towers crews are getting to work on in Longueuil, not far from the Jacques-Cartier Bridge. PHOTO: Devimco Immobilier

The first of the two new towers will rise 25 storeys and include 336 units. Commercial space is planned for the lower floors.

A pair of 22-storey rental buildings will go up after the condos, with the four-tower development eventually including just over 1,600 units.

Devimco and the City of Longueuil say the wider development is the largest real estate project in the city’s history. Just across the river from Montreal, not far from the Jacques-Cartier Bridge, the developer has billed the new multi-use project as a transit-oriented community anchored by the yellow line metro stop.

Construction on the four towers is expected to staged over the next six years, according to the City of Longueuil.