Departure from big cities slows as Canadian homebuyers head back to the office. 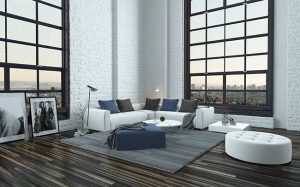 As Canadians start to head back to the office post-pandemic, BMO’s latest housing survey has found that despite the increasing housing costs and rising inflation, interest in purchasing a home in major city centres has increased by five per cent since last year.

Major cities continue to be the most popular destinations, while a preference for moving further from the city has seen a decline this year.

“Market conditions are quickly changing,” said Robert Kavcic, senior economist with BMO Capital Markets. “We could see much more balanced conditions very soon, as the Bank of Canada is expected to raise interest rates further through the remainder of the year. That will bite into affordability and possibly temper market psychology.”

He did add that underlying fundamentals are still strong, which is promising long-term, as Canada has a firm job market and the housing market has good demographic support.

The 2022 survey found that savings activity during the pandemic, along with soaring housing costs across Canada, have triggered a change in purchase plans for homebuyers, specifically when they will buy and how much they will spend.

According to the survey, 68 per cent of homebuyers are willing to change how much they spend on the purchase of their house, with almost three-quarters of respondents being willing to spend more on their purchase. This is possible for at least a quarter of these buyers because they have more income and more savings because of the pandemic.

More than half (55 per cent) of the homebuyers said that they will use most or all of their increased savings for their down payment. And more than one-third expect to have a down payment of 10 per cent or less, with more than two fifths depending on help from family to get it.

“Three-quarters of homebuyers expect the cost of housing to continue to increase in the next year,” said Hassan Pirnia, head of personal lending and home financing products at BMO Financial Group. “Four-fifths expect inflation to continue to rise and three-quarters expect further interest rate increases. These financial hurdles are having a major impact on the purchase plans for these consumers, in terms of what they will buy and when they will buy.”

Pirnia says that while most understand that they will need to spend more, thoughts about the timing of their spend is split between buying sooner before prices go up more, or holding off to see if prices come down.

The survey found that over the past year, the expected amount to pay for a home has increased by $100,000, up a significant 26 per cent. On average, homebuyers across the country are expecting to pay $588,000, with that average approaching $800,000 in Ontario and British Columbia.