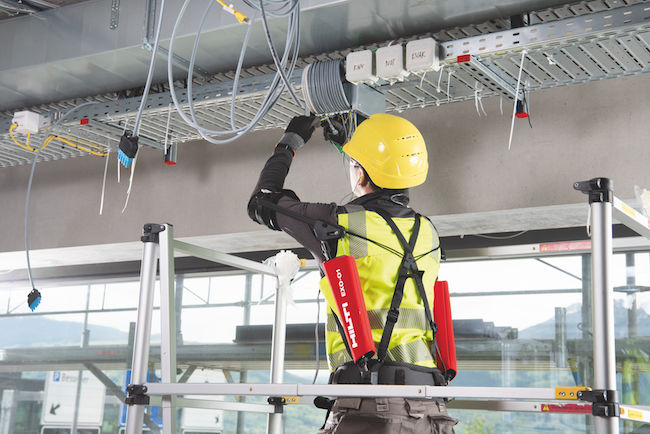 Tool and fastener maker Hilti Group is making a foray into the nascent market for job site exoskeletons.

The first iteration of Hilti’s wearable human augmentation device focuses on reducing strain when working overhead and at shoulder height. The company said more developments from the brand are inbound, but the physically intensive area, which often requires holding a tool aloft for extended periods of time, was the best place to start. It has partnered with Ottobock, a leading prosthetics, orthotics and exoskeletons firm, on the technology.

The device is currently undergoing field testing and is expected to hit the market later this year.