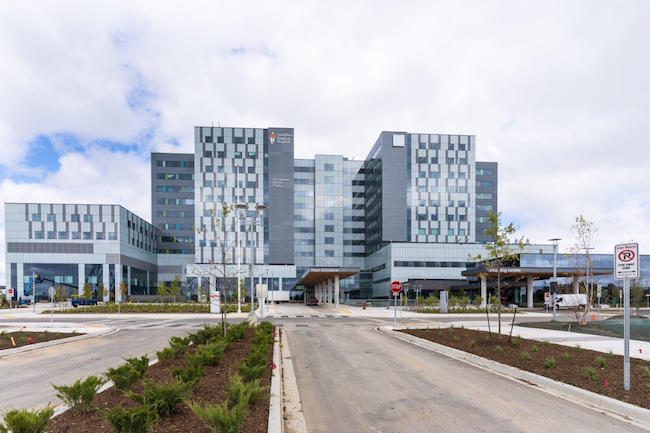 The construction team at the site of a new hospital just north of Toronto has reached substantial completion on the 1.2 million sq. ft. facility after nearly four years of construction.

PCL Construction, the design-builder for the project, officially handed over the Cortellucci Vaughan Hospital to Mackenzie Health in a ceremony Sept 18.

Work started on the 350-bed health care site in October of 2016 and wrapped up late last month. Construction of the facility, which was the first new hospital built in York Region in three decades, created about 1,000 jobs. All-in costs for the project will total $1.7 billion.

Along with PCL, the build team was led by developer Plenary Group (Canada) Ltd. Stantec Architecture Ltd. was in charge of design, while Johnson Controls Canada LP will oversee facilities maintenance.

Mackenzie Health said the new hospital will add “much-needed” capacity to the region’s health system. The healthcare provider will spend the next several month fitting out what’s billed as the country’s first “smart” hospital ahead of its scheduled opening in early 2021.

Watch a timelapse of the project: