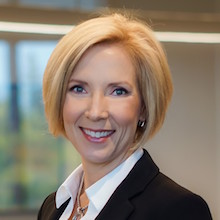 PCL Construction is adding to its Toronto district management team with the appointment of Monique Buckberger as vice-president and district manager.

Buckberger has spent more than 25 years with PCL, having started her career in the Canadian contractor’s Winnipeg district in 1995. She spent parts of her tenure in roles in B.C. and Manitoba, but was most recently back in the Manitoba capital serving as district manager for the region. She graduated from the University of Manitoba with a bachelor of science in civil engineering.

In her new role in the busy Toronto market, Buckberger will report to Bruce Sonnenberg, senior vice-president and district manager.