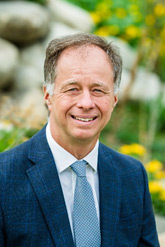 The Crown corporation that stickhandles procurement for major infrastructure projects throughout British Columbia is building out its health expertise with a new leadership appointment.

Infrastructure BC said June 14 that Albert Sommerfeld, who previously held various director roles within the province’s Northern Health Authority, will join the organization as assistant vice-president.

Most recently, Sommerfeld led the development of approved business plans for multiple hospitals that fall under the regional health authority covering the northern half of B.C. and serving roughly 300,000 people. He also oversaw the implementation of capital projects through the Northern Health Authority Capital Planning project team for almost 10 years, according to Infrastructure BC.