EllisDon’s Calgary Buildings Group will be helmed by a newly-appointed vice-president and area manager. 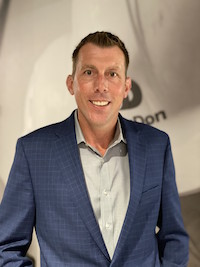 The Canadian contractor said July 6 it has tapped Sean Dekoning, who has spent nearly two decades with EllisDon, to head the business unit in Alberta’s largest city.

“I am truly ecstatic and humbled at the opportunity to lead the strong and talented team of professionals that we have here in the Calgary area,” Dekoning said in a release. “Looking forward to the future, I have no doubt we will achieve many great things together and continue to drive EllisDon’s success.”

Dekoning signed on as an estimator with EllisDon in 2004 after completing the civil engineering technology program at the Southern Alberta Institute of Technology (SAIT). He’s since taken on management roles as a project manager, senior project manager and the company’s chief estimator for the Calgary area. Among other projects, he has overseen teams working on large Calgary jobs such as the South Health Campus and the Schulich School of Engineering Redevelopment at the University of Calgary.