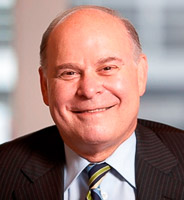 A search is underway for a new head of the Canadian Council for Public-Private Partnerships (CCPPP).

The non-profit organization, focused on P3 projects, announced May 11 its current president and CEO, Mark Romoff, plans to step down at the end of the month.

After more than a decade leading the CCPPP, Romoff said it is a “difficult decision to leave such an amazing organization that I have been enormously privileged to serve.”

“I am especially proud of what our strong and dedicated team accomplished, positioning the council as the ‘go to’ organization on P3s for governments, industry, the media and the research community both at home and abroad,” he said in a release. “The council is a vibrant, unique and much valued place where leaders in the public and private sector can work together to find innovative solutions to the most pressing infrastructure challenges facing Canadians.”

Mark Bain, chair of the CCPPP’s board, said Romoff has made a strong contribution during his 10-year tenure, and particularly over the “turbulent past 12 months.”

“Mark has worked hard to engage with our stakeholders and emphasize the need for sustained and disciplined infrastructure investment and public-private collaboration both during the pandemic and as we emerge from it,” Bain said in a release. “Mark has positioned the Council for continued success as the leading Canadian P3 organization and he will be greatly missed.”

The CCPPP has engaged international search firm Boyden to help in the hunt for its next CEO. The council noted planning for its annual conference, which will be held virtually again this November, is ongoing.