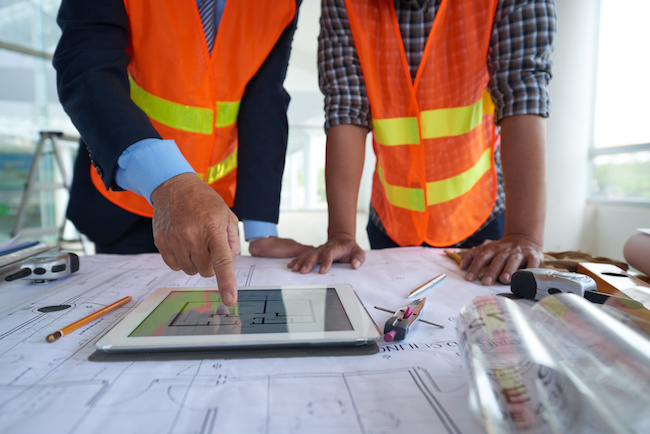 To avoid fights down the road, subcontractors should simply ask, and owners and general contractors should explicitly disclose, which version of the act applies to any particular project. PHOTO: Adobe Stock/DragonImages

What is the deadline to register a lien? This is an important question for contractors or subcontractors on projects who find themselves concerned about payment. The answer is important because no rights exist for a claimant that registers a lien out of time.

Ostensibly, the deadlines are found in legislation. In Ontario, the current version of the Construction Act indicates lien claimants have 60 days to register a lien, and 90 days to perfect. This, however, is not a full answer to the question. Claimants that rely on the dates expressed in the legislation without further analysis can find themselves out of time with no remedy.

Whether or not the new extended timelines apply at all to subcontractors can be a complicated question, which can lead to detrimental results for the unwary.

This line, however, is not so clear in practice.

The transition provisions provide that the pre-amendment Construction Lien Act will apply with respect to an “improvement” if any of the following occurred prior to July 1, 2018:

On first read, the transition provisions appear to provide clarity; in reality, interpreting the provisions requires a factual and legal analysis that can lead to legal disputes and missed lien deadlines.

For example, determining whether there was in fact a “contract” (defined as an agreement between an “owner” and a “contractor”) that was entered into prior to July 1, 2018 requires determining which party on a project is an owner and which is a contractor. “Owner” and “contractor” are also defined terms and whether a party falls under either definition are often seriously disputed in court. To confuse matters further, there can be multiple owners or contractors involved in the same project.

As another example, any contract signed for the improvement could potentially trigger the transition provisions for the entire project. As an improvement could have multiple contracts signed at different times, it may be difficult for a subcontractor trying to understand which version of the act applies to know with certainty that no other “contracts” were entered into prior to July 1, 2018.

Despite the ambiguity and the difficulty of interpreting these provisions, for subcontractors especially, the risks of getting the analysis wrong can be serious. Timelines with respect to liens are interpreted strictly by courts, who do not have discretion to allow expired liens to be registered.

The existing ambiguities have the potential to create greater long-term uncertainty with any project that was conceived of before or around the July 1, 2018 date. There are many potential examples of projects that would appear to have been started post-2018, but actually could fall within the old act. Unsuspecting lien claimants could find their liens have expired because they were registered between 45 and 60 days following their last supply.

As a hypothetical, a property purchased by the owner before 2018 retains an architect shortly after purchase, but then does not commence construction for 5 to 6 years, pending financing or improved market conditions. In this scenario, the procurement process and prime contract both took place well after July 1, 2018; however, the owner had signed a contract with an architect years prior to assist with planning and permit applications for the project. Would this contract with the architect cause all contracts and subcontracts on the project to be governed by the old act?

As another example, a developer enters into a contract for site services to be installed on a new residential sub-division before July 1, 2018 but does not proceed with the construction of roads and curbs until 2023. The final construction of the residences is not started until 2028. Should the carpenter and drywall installer assume that the residence is a separate improvement? Or does the work completed before 2018 mean that all further work on the project is under the old version of the Construction Lien Act.

As a final hypothetical, consider a project that had begun prior to the amendments, such that a procurement process had occurred and contracts had been entered into prior to July 1, 2018, but the owner of the project had subsequently been put in receivership. After years of delay and following the 2018 amendments to the act, the property and project are sold to a different owner, who begins a new procurement process, and enters into new contracts to complete the project. Would the fact that the project technically began in the pre-amendment Construction Lien Act mean that the entire project would continue to be governed by the pre-amendment act?

The answer to the above hypotheticals is not clear from the face of the legislation, and the court has had minimal opportunities to date to interpret these provisions. The hypotheticals illustrate the continued uncertainty regarding many projects that began in and around or before 2018. These uncertainties continue to exist even for projects where all involved believe the new Construction Act with its extended lien periods applies. In each of these scenarios, even the general contractor could be unaware of when earlier “contracts” are entered into, which could push the project into the old version of the act, potentially resulting in accidentally missed lien periods.

The burden is of course increased for subcontractors, particularly those lower down on the construction pyramid, who bear the burden of knowing, with certainty, the applicable timelines to register liens. In all of the above hypotheticals, if a lien claimant were to assume the new act applies and rely on the extended timelines, they could lose their lien rights by this simple error.

As a rule, subcontractors should never assume the new act applies to the project without further inquiry. While this approach may seem overly cautious years after the amendments have come into force, the above examples show that issues with the transition provision can and will continue to arise.

Subcontractors and other lien claimants have some limited means to decipher whether the new or old version of the Construction Act applies to their project and lien claim. Section 39 of the act allows any lien claimant to ask for information of the general contractor and owner, including “the names of the parties to the contract, the date on which the contract was entered into and the date on which any applicable procurement process was commenced.” This could assist lien claimants in discovering which version of the act applies. However, there is no express right to ask whether the project falls under the post-2018 Construction Act. In addition, section 39 arguably only applies to the contract under which the lien claimant is working. It does not necessarily apply to an earlier contract entered into between the owner and an architect or the owner and a contractor for an earlier phase. This means that a lien claimant would not be able to inquire as to the dates of other contracts signed in respect of the project.

To promote certainty on a project and avoid costly fights down the road, it would be good practice for subcontractors to simply ask, and for owners and contractors to explicitly disclose, which version of the act applies. Whenever possible, certainty would be promoted by including this information explicitly in the contracts and subcontracts of a project.

Where there remains any doubt, subcontractors should act conservatively, assume the old act applies, and register liens within the old timelines.

Aaron Grossman is Construction Counsel at Lenczner Slaght, Canada’s leading litigation firm. His practice focuses on litigating disputes within the construction and real estate sectors. Due to his extensive educational and practical experience in structural engineering, Grossman excels in highly technical cases. He can speak the same language as engineering and construction professionals, allowing for efficient and successful representation of clients from the outset through to trial.

Brianne Westland is a lawyer at Lenczner Slaght. Her developing litigation practice encompasses a wide range of matters including construction, commercial litigation and professional liability.