Think before you sue: Lawsuits can disqualify bidders on new projects 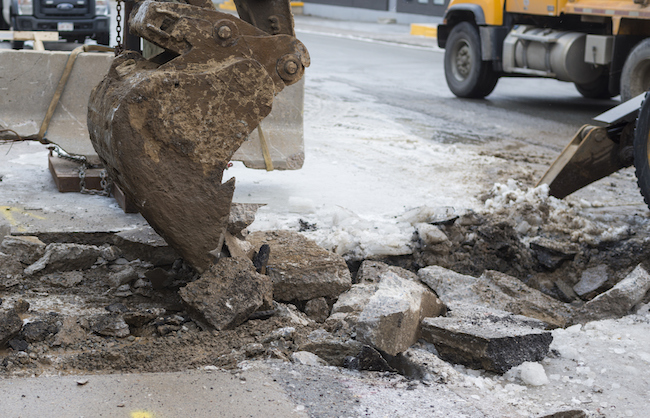 Critics say the court decision against J. Cote & Sons could have a chilling effect on contractors’ use of the courts. PHOTO: Getty Images/Madsci

Contractors should think twice before suing municipalities in light of a recent Supreme Court of Canada appeal dismissal.

In the case J. Cote & Sons Excavating Ltd. v. City of Burnaby (Cote) the British Columbia courts allowed the City of Burnaby to disqualify a contractor from bidding on new work for the city. The city’s bidding rules included a reprisal clause disqualifying bidders who had sued the city in the previous two years. In an eagerly anticipated decision, the Supreme Court of Canada refused to overturn the disqualification. As such, we can expect to see Canadian cities continuing to use reprisal clauses and contractors should be aware of the impact this may have on their businesses.

In spite of the Supreme Court’s refusal to hear the Cote case, the decision may not be the final word on the broader issue. New Canadian trade laws may leave the door open for contractors looking to challenge reprisal clauses.

In 2014, the City of Burnaby included a reprisal clause in its invitation to tender for new projects. The reprisal clause disallowed bids from companies that had sued the city in the two years before the tender closing date.

One of the potential bidders, J. Cote & Sons Excavating Ltd. (JCS), was a general contractor who had previously worked for the city. A JCS employee had been killed in an accident on an earlier city project, which led JCS to sue the city in December of 2013. As a result of the lawsuit, JCS was barred by the reprisal clause from bidding on the 2014 invitation to tender.

JCS challenged the reprisal clause in the Supreme Court of British Columbia. It claimed that the reprisal clause discouraged lawsuits, which effectively limited its right to access the courts. It further argued that its right to access the courts was protected by the Canadian Charter of Rights and Freedoms and the Constitution. JCS also claimed it was against public policy to allow municipalities to limit access to the courts in this way.

The Supreme Court of British Columbia ruled against JCS. The court held that one’s right to access the courts may be limited. JCS had freely entered into a contract with a reprisal clause and none of its rights were infringed.1 Further, the court permitted the reprisal clause as there is no indication of bad faith and the municipality had the power to make such a clause.2

JCS ultimately appealed to the Supreme Court of Canada. On December 12, 2019, the Supreme Court refused to consider the appeal.5 This refusal suggests Canadian municipalities can likely use reprisal clauses without fear they will be overturned by the courts, so long as they are not used in bad faith.

The Cote decision may have a chilling effect on contractors’ use of the courts. Mary Van Buren, the president of the Canadian Construction Association said permitting the use of reprisal clauses places contractors in a position to “choose between pursuing their legal rights and bidding on city contracts.”6 Similarly, the President of the Vancouver Regional Construction Association, Fiona Famulak, said reprisal clauses “effectively punish contractors for exercising their legal rights around contractual matters.”7

In light of the Cote decision, contractors should always consider whether a municipality has a reprisal clause in its procurement documents before suing. This will allow contractors to make an informed choice about the potential loss of future work arising from a lawsuit. Contractors can locate reprisal clauses in procurement policies or by-laws, which are often available online. Reviewing the relevant clauses is particularly important if a contractor does a significant portion of its work for municipalities.

There are several important things to look for in a reprisal clause. Some reprisal clauses only block bidders who brought a formal lawsuit in the courts. Other policies block bidders who have taken “legal action” against the municipality, a term broad enough to include resolution methods such as arbitrations. Even disputes over non-payment under the prompt payment regime or starting a lawsuit to perfect a lien might result in being blocked from future work. Reprisal clauses may also only capture some types of claims, including ongoing (as opposed to past) litigation, large value (as opposed to small value) claims, and disputes about other projects (as opposed to the disputes about the procurement process from which the bidder may be blocked).

Despite the Cote decision, contractors may now be able to challenge municipal reprisal clauses under the new Canadian Free Trade Agreement (CFTA) and the Canadian Economic and Trade Agreement with the European Union (CETA).8

These new trade laws apply to many Canadian municipalities. Under the CFTA and CETA, bidders may only be disqualified if they lack the legal and financial capacities or commercial and technical abilities to carry out the job. Past lawsuits do not appear to be a basis on which bidders may be disqualified. However, a municipality may use subjective evaluation criteria, such as whether a prospective supplier is involved in litigation with the municipality. Further, financial capacity could be defined broadly enough to include the financial impact of any litigation that the supplier is involved in.9 As such, it remains to be seen whether a bidder could successfully challenge a reprisal clause using CFTA or CETA rules. 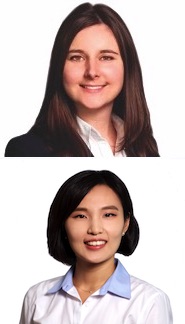 Christina Kim is an articling student at McMillan LLP.

Construction groups critical of Supreme Court dismissal of case tied to ‘reprisal clauses’
Is the sky the limit? A look at limitation of liability clauses
Entire agreement clauses: You get what you bargain for