Non-permanent construction materials and rental equipment: To lien or not to lien 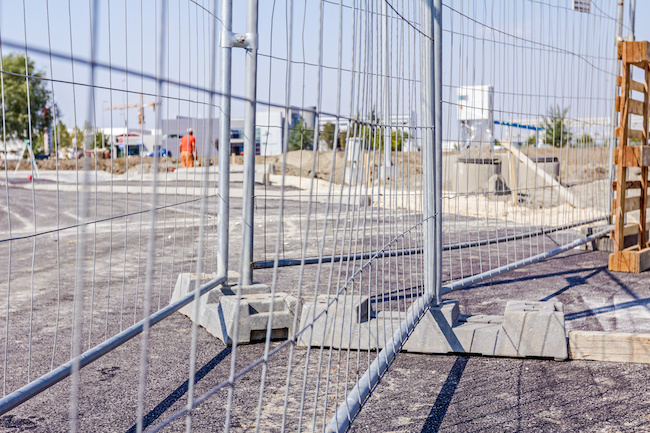 A number of construction industry participants subscribe to the principle that contractors (and subcontractors) who provide to a construction site non-permanent rental equipment or materials do not have builders’ lien rights. In this article, I discuss whether the British Columbia Builders Lien Act (the “Act”) supports this stance, or if in certain circumstances, contractors who furnish to a job site non-permanent rental equipment or material, enjoy the same lien rights as other contractors.

Throughout this article I will refer to Acme Corp. as an illustrative example of a typical fence-rental contractor. I have made several assumptions about Acme Corp., all of which are equally applicable to contractors supplying construction sites with many other categories of non-permanent rental equipment and materials beyond fencing (i.e., temporary shoring, scaffolding, office trailers, and toilets). The assumptions include:

WHO HAS LIEN RIGHTS UNDER THE ACT?

Section 21 of the Act sets out that a contractor or subcontractor who, in relation to an improvement, performs or provides work, supplies material, or a combination of the two, has a lien on account of unpaid amounts.

The words “improvement,” “work,” and “material” require further analysis as they form an integral part of Section 2 and each has a significant impact on my analysis.

The Act defines improvement to include “anything made, constructed, erected, built, altered, repaired or added to, in, on or under land, and attached to it or intended to become a part of it, and also includes any clearing, excavating, digging, drilling, tunnelling, filling, grading or ditching of, in, on or under land.”

The Act does not require that materials delivered to a construction site be attached to the project land for a certain period of time or in perpetuity. The Act should be read in its ordinary sense, which suggests only that the materials must have been attached to the land at some point in time.

The British Columbia Court of Appeal decision Deal S.r.1. v. Cherubini Metalworks Ltd., 2001 BCCA 49, bears out such an argument. In Deal S.r.1., the court considered the definition of “improvement” and concluded that concrete moulds used to form concrete guideway segments for a rapid transit project became an improvement in their own right. The moulds were “erected” or “built” on the land and attached to the land either by bolted connection to the land or piles or by their own weight. The court further held that although the moulds would likely be removed at the end of the project, they were sufficiently permanent to fall within the definition of “improvement” because they were intended to be in place at least for the duration of the project.

Assuming the non-permanent fencing is caught by the definition of “improvement,” Acme Corp. must establish it performed or provided work or supplied materials, or both, in relation to the improvement in order for its lien rights to spring into existence.

The Act defines work to mean “work, labour or services, skilled or unskilled, on an improvement.” Acme Corp.’s labour forces mobilized, assembled, disassembled, and de-mobilized its fencing system. A strong argument may be made that such actions fall squarely within the definition for “work” because “labour or services, [whether] skilled or unskilled” was performed on the improvement, which is arguably the fence system in its own right (see Deal S.r.1 above).

Acme Corp. may further strengthen its position by advancing an argument that it also provided “material” to the project.

Acme can certainly establish it “delivered” “movable property” to the project site. Next, it must also establish its fence system was “consumed or used in the making of the improvement.” The fence system can be said to experience regular wear-and-tear as well as depreciation while the project was being constructed, supporting Acme Corp.’s argument its fencing was “used in the making of the improvement.” Without the security and safety benefits of a properly-constructed fencing system, the construction of the project would not be possible. In other words, perimeter fencing is a necessary part of a construction project. The owner of the project received a benefit from the fencing system in relation to the project being constructed on its land, which benefit derives from the usage of and reliance on the fencing system.

This is bourne out by WorkSafeBC Safety Regulations (see for example WCB Regulations 4.32, 4.33, and 4.34) as well as reasonable industry safety standards and practices.

Acme Corp. may also want to argue its fence system is in effect “equipment rented without an operator.” In response, one can expect a counterargument that this particular phrase refers to bare heavy construction equipment (i.e., excavators, dozers, backhoes), not fencing or other non-permanent materials. While not much case law exists with respect to this particular phrase, registering a claim of lien against the title to the project lands would not be easily dismissible as vexatious or frivolous conduct or an abuse of process. All parties would be better served to settle their respective claims and/or secure the claim of lien, rather than expend large sums of money on legal fees to argue an unsettled point of law.

A fundamental principle of the Act is that a company that contributes to a construction project, whether by its provision of labour or materials, or both, enjoys extraordinary statutory lien rights and remedies.

It would be an absurd outcome if a contractor that supplies non-permanent material (and labour setting up such non-permanent material) to a construction site does not enjoy lien rights while a heavy equipment contractor that furnishes an excavator without an operator does. Their respective “materials” equally endured wear-and- tear and undoubtedly lost fair market value. Both contractors contributed to the construction project, whether or not their respective contributions were permanently incorporated into the project.

While the Acme Corp. example in this article draws particularly on the British Columbia Act, similar lien rights and issues with respect to those rights may arise under the many other provincial lien and construction legislation from other Canadian provinces. For example, the recently revised Ontario Construction Act defines “materials” in a way that is of even greater help to suppliers of non-permanent materials and/or construction equipment.

Companies that supply non-permanent material to a construction project should not be discouraged with respect to their lien rights. Strong arguments may be made and such companies are well advised to seek out timely legal advice in order to secure their potential builders’ lien rights and remedies under the Act. 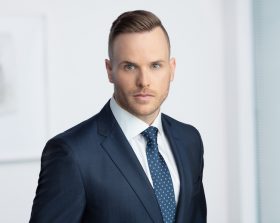 Tim Sportschuetz is an associate in Singleton Urquhart Reynolds Vogel LLP’s Construction and Infrastructure Group and sits on the board of the Vancouver Regional Construction Association. Tim’s practice focuses solely on construction law and builders’ liens, and he acts for owners, developers, contractors, and material suppliers during various stages of project development and execution.

1Section 2 of the Act:
Lien for work and material
2 (1) Subject to this Act, a contractor, subcontractor or worker who, in relation to an improvement,
(a) performs or provides work,
(b) supplies material, or
(c) does any combination of those things referred to in paragraphs (a) and (b) has a lien for the price of the work and material, to the extent that the price remains unpaid