Adjudication in Ontario: The industry’s first year under prompt payment 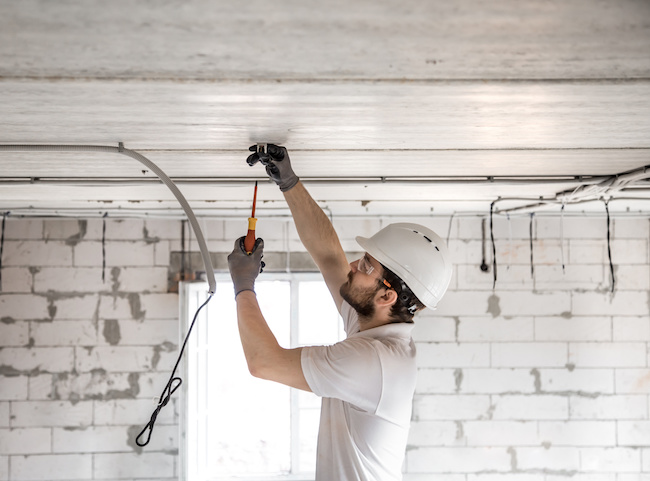 The only three determinations in the first fiscal year under the new system were in the residential sector, according to the ODACC, which was named the Authorized Nominating Authority by the province in 2019. PHOTO: Adobe Stock/Puhimec

As required by provincial regulations, the Ontario Dispute Adjudication for Construction Contracts (ODACC) released its first annual report on the operation of the construction industry’s new adjudication system last month. In the first 10 months since the adjudication and prompt payment provisions of the Construction Act came into force on October 1, 2019, ODACC reported on a number of key aspects that provide insight into the progress made, in addition to setting up its governance structures and its electronic delivery platform.

The continuing access to training, considering COVID-19, has enabled a knowledge exchange on adjudication with just under a third of the attendees applying to become adjudicators and two-thirds of those being certified as adjudicators. An encouraging sign is the wide range of professionals seeking to be adjudicators, although it is interesting to see a number of Certified Adjudicators identifying themselves across multiple professions.

The top five locations are Toronto, York, Peel, Hamilton and Halton, in that order. Adjudicators have set a broad range of fees within the ODACC parameters including those for flat fees. There are options for adjudications to be conducted in English or French, and with adjudicators available across the province. Therefore, there is access to a spread of adjudicators providing a bandwidth of fees, be it hourly rates and/or fixed fees.

In the first fiscal year of prompt payment and adjudication, 32 adjudications were commenced, of which three resulted in the rendering of a determination. 21, or roughly two-thirds, were withdrawn on the consent of the parties to terminate the adjudication, with only one of these having had an adjudicator appointed. Finally, seven remained open as at July 31. Of the 21 adjudications that were terminated, three were due to the amount of the dispute being paid in full, 14 were due to the parties settling the dispute, and four were due to the date of the construction contract pre-dating October 1, 2019, or for other reasons. The three adjudications resulting in a determination – two in Durham and one in Essex – were all completed within the time specified in the Construction Act and all were in the residential sector.

Of the three adjudications that were complete, two dealt with “the valuation of services or materials provided under the contract” and one with “payment under the contract, including in respect of a change order, whether approved or not, or a proposed change order.” The industry’s uptake of adjudication may be due to a number of factors, including many construction projects still being subject to the previous legislation (also referred to as grandfathering), a lack of familiarity or a change in attitude by more payments being made on-time and payment disputes being resolved before they get to adjudication. This seems to be consistent with other international jurisdictions which also had a gradual uptake as the supply chain pivoted to embody or avoid adjudication.

ODACC received a total of approximately $336,000 for training and qualifying adjudicators, comprised of training fees and qualification examination fees. In addition, ODACC received a total of $4,975 related to adjudications, comprising of $3,975 in Adjudication Fees (which were split between ODACC and the Adjudicators, with ODACC keeping an Administrative Fee of $1,987.50), $1,000 in Adjudication Referral Fees and $0 in Certification Fees.

The amounts claimed were averaged at less than $100,000 per notice. The three adjudications that resulted in determinations were all in the residential sector. For the residential sector, the average amount claimed was $22,000 and the average determination at $11,000 was around was around 50 per cent. Training was a predominant earner for ODACC with fees being dependent upon the number of adjudicators. Therefore, lower value disputes are being brought forward and perhaps this may be due to the parties engaging in a new and unproven system.

Overall, there has been a significant investment in building a custom-built online platform, salaries, rent, overhead, etc. This has been paralleled with the launch of training and support for the adjudication process, which is now underway. The experience of other international jurisdictions has been similar insofar as there has been a gradual uptake of a new and untested process, as is the case in Canada. With the ongoing disruption with the supply chain due to COVID-19, one may expect an increase in the need for adjudication as payments lack insufficiency and/or are made late.

ODACC will have incurred the bulk of its cost upfront with presumably no guarantee of volume of work or costs. The model adopted by Ontario appears to currently be a limited win for ODACC and adjudicators who were perhaps expecting that their services would be more extensively sought, and that adjudication would perhaps been a more lucrative profession for them.

It will be interesting to see if the supply chain, that was so engaged, will in fact use adjudication, achieve the intent of receiving prompt payment, or perhaps the introduction of adjudication has caused a paradigm shift in behaviours — i.e. there are now more payments being made on time and in a sufficient manner. Ontario continues to learn its own lessons as other Canadian jurisdictions strive to learn from Ontario as they themselves seek to enact and implement prompt payment and statutory adjudication. 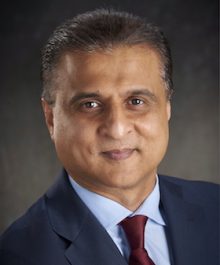 Arif Ghaffur is the President of Lakeland Consulting Inc., a provider of commercial management expertise. Arif is also the editor of the Construction Economist, a publication of the Canadian Institute of Quantity Surveyors (CIQS). Arif is a Director of the Canada Board of the Royal Institution of Chartered Surveyors (RICS) and the Board of the Canada Branch of the Chartered Institute of Arbitrators (CIArb). Arif is a Professional and Chartered Quantity Surveyor and has worked in the U.K., Hong Kong, and in Canada since 2001.