The controversial bill will reclassify certain cities as "non-construction" employers, opening the door for non-union contractors to bid on public jobs 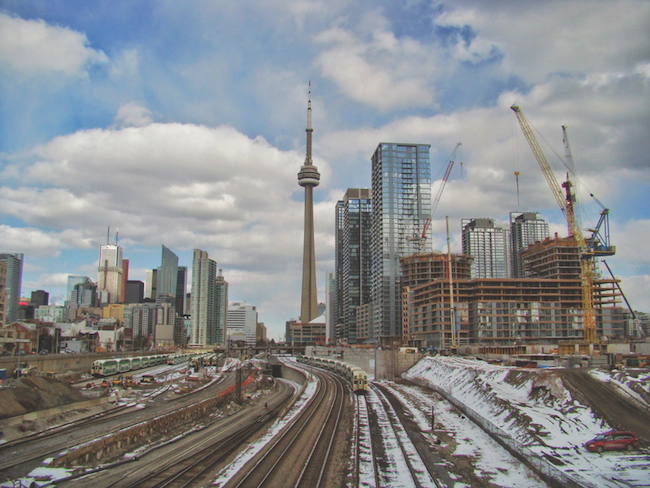 The legislation will open up the tendering process to non-union shops for certain public jobs in cities such as Toronto, Hamilton, Waterloo and Sault Ste. Marie

TORONTO—A far-reaching piece of Ontario legislation passed its third and final reading at Queen’s Park April 2, with major ramifications expected for construction, among other industries.

The Restoring Ontario’s Competitiveness Act, better known as Bill 66, is poised to become law after clearing the legislature with the backing of Premier Doug Ford and the Ontario Progressive Conservative government. The province said the bill takes 30 separate actions to ease regulatory burdens across 12 sectors.

“Bureaucratic red tape is squeezing the mom and pop shops across our province,” said Todd Smith, Ontario’s Minister of Economic Development, Job Creation and Trade. “We’re getting government out of the way of our job creators to help bring jobs and investment back to Ontario.”

Among the long list of amendments included in Bill 66 are changes to how employers are allowed to calculate overtime pay, increased day care class sizes, the repeal of certain toxic substances rules and the end to a stipulation that required employers post the Employment Standards Act in the workplace.

In the change most directly related to construction, the bill reclassifies several cities and institutions as “non-construction employers,” a move that will open up the tendering process for certain public contracts to non-union shops. Municipal infrastructure jobs in, most notably, Toronto, Hamilton, Waterloo and Sault Ste. Marie will be open for competition.

Ford and the Ontario PC government have been vocal advocates of reducing the cost of doing business in the province, but critics of the new bill say the changes show a “disdain” for Ontario workers.

“Bill 66 is going to cost Ontario workers by reducing the overtime hours they’re paid for, at the same time as it compromises health and safety,” said Chris Buckley, president of the Ontario Federation of Labour. “Longer hours for less pay with fewer safety protections. That’s no good for workers and it’s no good for Ontario.”

Among other areas, Buckley criticized the change that would classify cities and institutions non-construction employers.

The Provincial Building and Construction Trades Council of Ontario also came out against the bill, saying it deprives construction workers of their collective bargaining rights and puts too much power in the hands of employers. The Carpenters’ District Council of Ontario has been another long-time critic of the move.

The Progressive Contractors Association of Canada (PCA), on the other hand, called the legislation “a significant step forward for fair and open construction tendering in Ontario.” It added that Bill 66 closed a “legislative loophole” that excluded the majority of the province’s construction companies from bidding on the public jobs.

“Now that municipalities, school boards and other public entities will soon be able to competitively procure their construction projects we are urging them to embrace the legislation by giving all of their local contractors and construction workers a shot at working on taxpayer funded infrastructure,” said Sean Reid, the PCA’s vice-president and regional director for Ontario.

“By opening up the tendering process, the government is also ensuring that taxpayers are receiving the best value for their tax dollars on infrastructure projects,” Brad Brewster, the group’s president, said in a statement.

According to Cardus, a socially conservative think tank based in Hamilton, the Ontario municipalities affected by the change stand to save a combined $370 million a year.

Now clear of the legislature, Bill 66 will come into force pending royal assent.