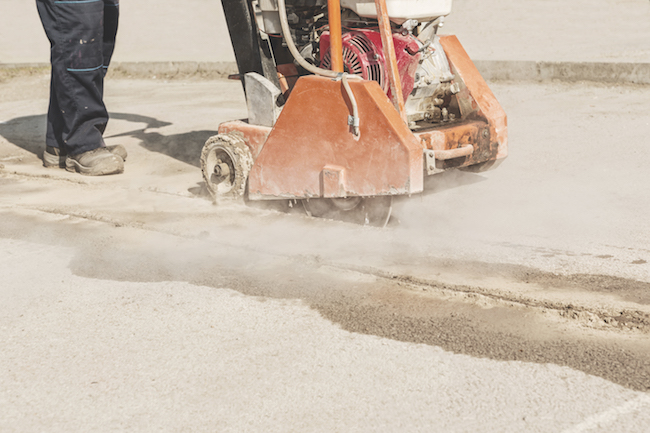 The inspectors will be looking at numerous industries, including construction, health care, industrial and mining

TORONTO—Inspectors from the Ontario Ministry of Labour will hold a “workplace safety blitz” in the coming months in an effort to prevent the most common on-the-job injuries.

Inspections will take place across the construction, health care, industrial and mining sectors, the province said in a statement.

“This enforcement initiative will help prevent needless suffering for thousands of workers and ensure they are safe on the job,” McNaughton said.

In 2017, musculoskeletal injuries — such as back pain, carpal tunnel syndrome and tendonitis — accounted for approximately a third of lost-time injury claims accepted by the province’s Workplace Safety and Insurance Board.

McNaughton said inspectors will ensure employers have trained workers on materials-handling practices and a variety of other safety procedures — but will also lay down the law against rule-breakers.

“We know most employers provide a very safe workplace for their staff, but there are some that need to do better, quite frankly,” he said. “It’s about education for employers and workers … but also a way for our inspectors to go in and issue work orders if necessary.”

The inspections will also look at ways to prevent breathing hazards including gases, dusts, vapours and fumes that can lead to illnesses.

The ministry said that between 2008 and 2017, so-called long latency illnesses, which emerge years after exposure to a disease-causing agent, accounted for the largest portion of WSIB benefit costs.

The bulk of those claims came from chronic illnesses like lung cancer, mesothelioma and asbestosis.

McNaughton said government staff have been reaching out to employers about the inspections for weeks.

Ministry labour inspectors perform approximately 1,500 workplace inspections each week throughout the year, but this blitz will be “above and beyond” that number, he said.

It comes as part of a broader strategy by the provincial government to improve workplace health and safety, and the data collected will be posted online after it’s completed, McNaughton said.

Green party Leader Mike Schreiner said he supports the safety blitz, but urged the government to do more to create safe workplaces across the province.

Schreiner said earlier this year the Ontario government cut funding to prevention programs funded by employer contributions to the WSIB.

“We need more than a flash-in-the-pan enforcement blitz to reduce the rate of injury and illness,” Schreiner said in a statement Tuesday. “We need continued employer and employee education through injury prevention programs”.

NDP health and safety critic Wayne Gates said the province is not doing enough to educate workers or employers about health and safety. Last year, it eliminated the employer requirement to post the Employment Standards Act in a workplace, a move that limits a worker’s ability to know their rights, he said.

“If you’re cutting back on health and safety regulations and not putting up notices on worker protections, how can you say you’re doing more to protect workers in Ontario?” Gates said.