Skilled trades workforce numbers a concern as retirements expected to number into the hundreds of thousands by end of the decade. 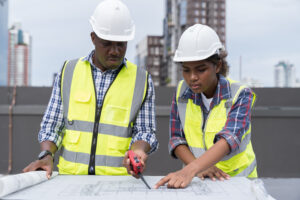 With retirement estimates in the skilled trades hovering around the 700,000 mark between now and 2028, the government of Canada is taking steps to recruit and train thousands to fill this pending void, including providing funding for a number of training and support programs that lead to careers in the skilled trades.

The federal government is providing $33 million over five years for the Skilled Trades Awareness and Readiness (STAR) program. STAR encourages Canadians, particularly those facing barriers, such as women, Indigenous people, visible minorities, newcomers, persons with disabilities and youth, to discover and embrace the opportunities that exist with a career in the skilled trades.

A further $2.8 million will help fund Selections Career Support Services’ Get Ready in Trades (GRiT) project, which aims to support youth with disabilities to overcome barriers to relevant training and meaningful employment within the skilled trades. GRiT will help youth pre-apprentices by providing flexible and individualized career plans, skills enhancement and work experience opportunities to empower them to explore and prepare for careers in the skilled trades.

The government also recently announced almost $250 million in spending to assist 13 projects under the Apprenticeship Service program, which will help small and medium-sized enterprises hire more than 25,000 first-year Red Seal apprentices and provide them with the hands-on experience and training they need to become certified journeypersons.

“Canada needs more skilled trades workers. We need more women, persons with disabilities, Indigenous people, racialized Canadians, LGBTQ2S+ people and other marginalized people to consider a career in the trades, and to have the opportunity to start one,” stated Carla Qualtrough, Minister of Employment, Workforce Development and Disability Inclusion. “That’s why we’re investing in projects like GRiT and other initiatives across Canada that are helping to create a strong, skilled and diverse workforce in the trades.”

According to the Canadian Apprenticeship Forum, an average of 75,000 new apprentices will need to be hired per year in the next five years to meet the demand for skilled journeypersons in Red Seal trades. Demand for construction trades, in particular, is likely to remain high. According to Buildforce Canada, the industry needs to recruit 309,000 new construction workers by 2030 as more than 250,000 workers, or 22 per cent of the current workforce, is expected to retire in that timeframe.