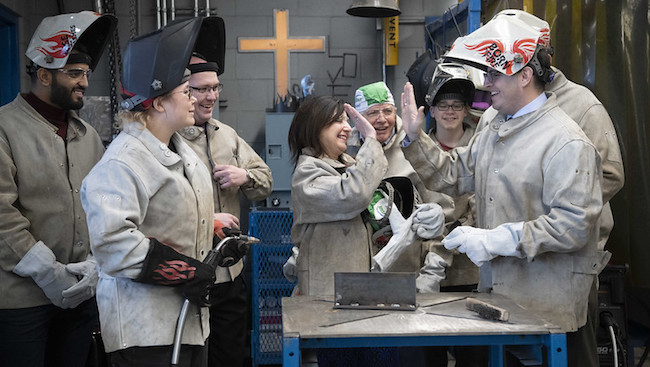 Alberta has introduced legislation to overhaul governance of the 47 skilled trades throughout the province, as well as extend its apprenticeship system to a broader set of careers.

“This new act serves as a fresh start for skilled trades and apprenticeship education in our province,” Demetrios Nicolaides, the province’s Minister of Advanced Education, said in a release. “It lays the foundation for a flexible system, allowing us to respond to needs and trends among our workforce, and will promote the equal value of apprenticeship education with other forms of post-secondary education.”

The latest bill would replace the 1991 Skilled Trades and Apprenticeship Education Act, which the province says no longer meets the needs of employers, schools or apprentices, with the Apprenticeship and Industry Training (AIT) Act.

The new act adopts a number of recommendations from the Skills for Jobs Task Force struck in 2019 to look at ways to update the province’s legal framework for apprenticeship education and regulated trade professions. The province noted the number of people in registered apprenticeships in Alberta has declined roughly 35 per cent over the past six years.

For existing skilled trades, the government says the changes build more flexibility into the apprenticeship system, such as giving colleges more leeway on setting curriculums.

The update would also let Alberta’s apprenticeship system to expand into a broader set of careers. Along with extending to emerging areas not far from the traditional skilled trades, such as cladding and composite materials, the act would allow the apprenticeship model to be applied to sectors such as banking, marketing and finance. The Skills for Jobs Task Force pointed to the Germanic apprenticeship model, which covers up to 350 careers, as the inspiration for the shift. The task force also pointed to careers in IT, engineering and services as possible areas that could benefit from the apprenticeship model.

Related Stories
Provinces step up with new funds to boost trades during National Skilled Trades and Technology Week
Ontario budget promises overhaul of apprenticeship, skilled trades system
Government of Canada takes action to help apprentices and promote the skilled trades
Government of Ontario is focused on getting more people started in the trades