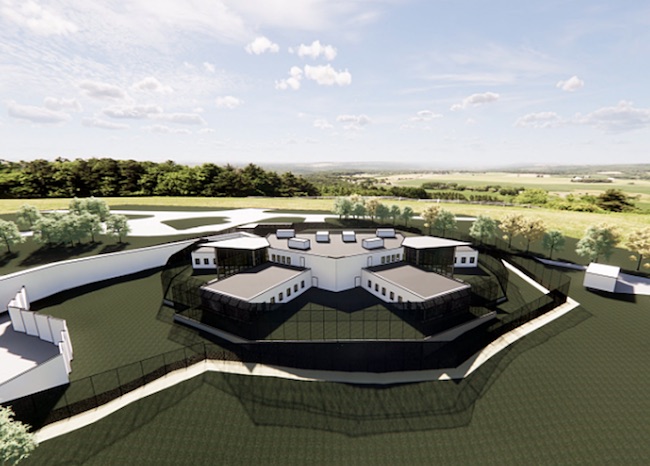 A rendering of the Kenora Jail. The accelerated expansions at both it and the Thunder Bay Correctional Centre are scheduled to be complete by spring of next year. PHOTO: Infrastructure Ontario

Bird Construction Inc. has been awarded a contract to take on a pair of corrections projects in Northern Ontario after an accelerated procurement process set in motion last fall.

Infrastructure Ontario (IO) and the Ministry of the Solicitor General said March 4 the Mississauga, Ont.-based contractor will start construction next month on expansions at the Thunder Bay Correctional Centre and the Kenora Jail.

The value of the two projects was not revealed, but they are part of a $500 million provincial commitment to upgrading infrastructure and hiring staff at correctional facilities over the next five years. At each site, Bird will oversee design and construction of buildings with 50 beds, programming and educational areas, and yard space. The company said it will employ conventional on-site construction as well as modular construction processes to deliver the two projects.

“This contract underpins our proven ability to provide rapid delivery solutions and further demonstrates the unique value offering of Bird’s partnership with Stack Modular,” Teri McKibbon, Bird’s president and CEO, said in a release. “Comprehensive planning and collaboration will be at the foundation of these accelerated builds, which aligns with our values and supports our strategy to build long-term value for communities and shareholders.”

IO said the projects will support skills development and community reintegration programs, as well as help address overcrowding at the facilities in Thunder Bay and Kenora as work gets underway on the new Thunder Bay Correctional Complex. That project, a separate job currently in procurement, is valued at between $500 million and $1 billion, according to the Crown agency’s latest P3 Market Update. A contract is scheduled to be handed down next year.

The accelerated work in both Thunder Bay and Kenora is expected to be complete by spring 2022.