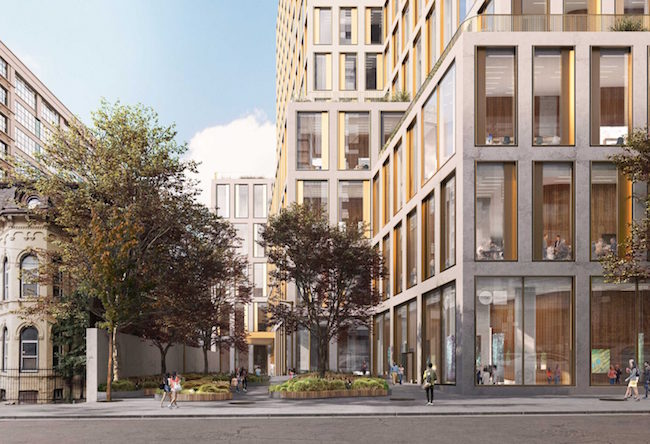 A rendering of the ground floor of the new mixed-use campus building. PHOTO: Zeidler Architecture

An upcoming project to convert a parking lot on the east end of downtown Toronto into a 44-storey Ryerson University campus building will fall to Graham Construction.

The Calgary-headquartered builder said April 21 it has been chosen as the contractor for the planned tower at 202 Jarvis St., which is expected to cost $475 million.

Covering a total of 565,000 sq. ft. (52,500 square metres), the building is designed with a 13-storey podium that will house classrooms, labs and other institutional space. The 29-storey tower above will serve as residence for nearly 600 students. A small amount of commercial space is also included in the plans.

Located on a Ryerson-owned site to the immediate southeast of the majority of the downtown campus, the new tower has been in the planning stages for several years, with the site currently moving through the rezoning process.

The university is using a collaborative construction model known as integrated project delivery (IPD) to deliver the mixed-use building at the corner of Jarvis and Dundas streets. Graham joins the IPD team tasked with carrying out the project, which already includes Zeidler Architecture and Henning Larsen Architects on the design side.

According to a request for proposals issued last December, Ryerson aims to complete the validation phase for the project by this fall. Graham said the estimated completion date for the new campus building is 2025.