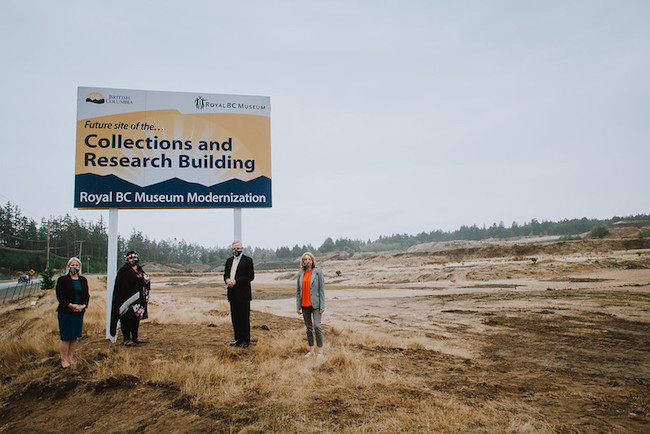 Infrastructure BC has launched the procurement process for a major building project on Vancouver Island, issuing a request for qualifications for the Royal BC Museum’s new collections and research building June 24.

With the total cost of the project estimated at $224 million, the new museum building will preserve millions of historical objects and archival records currently housed at the Royal BC Museum in Victoria. The new site in nearby Colwood, B.C. will include state-of-the-art environmental controls, as well as make more of the collection open to the public.

Site preparation on a 3.2-acre property started last year and will clear the way for construction on the building to start in 2022. The new facility will cover approximately 167,000 sq. ft. (15,500 square-metres), and integrate mass timber elements while meeting CleanBC energy efficiency standards.

Prospective bidders have until Sept. 8 to respond to the RFQ. After shortlisting teams and releasing a request for proposals, the province expects to pick a winning bidder for the project by spring 2022. Construction is scheduled to last three years.