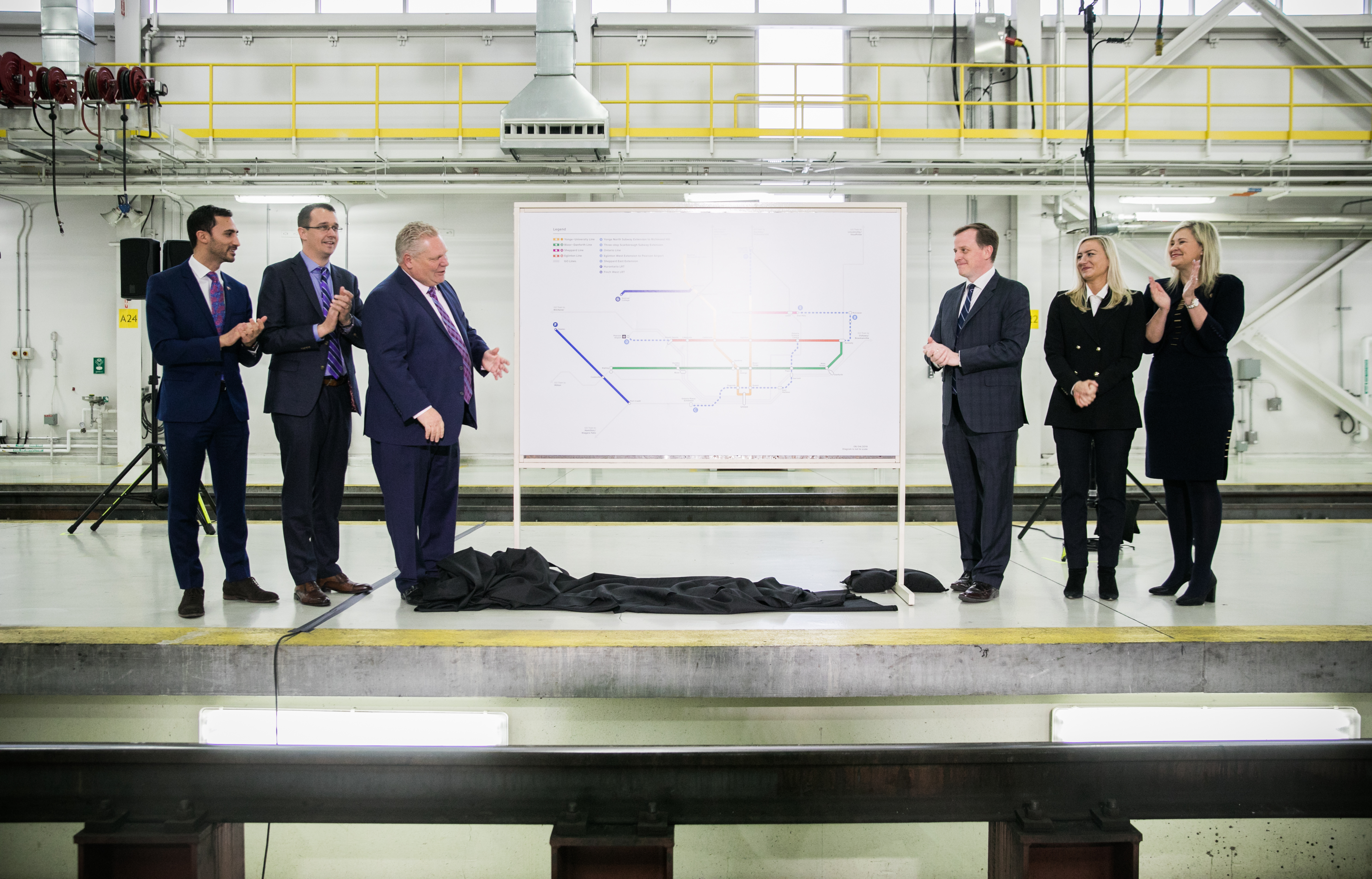 Ontario announced its transit plans for the GTA earlier in the year, kicking off a standoff with the city. PHOTO: Queen’s Printer for Ontario

TORONTO— The City of Toronto and the province of Ontario have endorsed a unified plan for building four new or extended subway lines in Toronto, ending a months-long standoff over the future of the city’s transit system.

City council voted in favour of the province’s transit expansion plans Oct. 29, which will allow city staff to work with the province on future transit projects for Toronto. Specifically, city and Toronto Transit Commission (TTC) staff will work with the province to advance construction of the Ontario Line, the Eglinton West LRT, the Yonge North Subway Extension and the three-stop Line 2 East Extension that will stretch the Bloor-Danforth line farther into Scarborough.

“With an agreement that balances city and provincial priorities, we begin a new era of cooperation and partnership that will make our government’s vision for subway expansion a reality,” Caroline Mulroney, minister for Transportation and Kinga Surma, associate minister of Transportation for the GTA said in a joint statement.

As part of the agreement and contrary to earlier plans to “upload” Toronto’s subway to the province, the city will retain ownership of the existing subway network and the TTC will remain responsible for transit network operations. The provincial government, with help from the federal government, will allocate nearly $30 billion towards the new transit expansion projects. The city’s $5 billion contribution will go towards maintaining and repairing the existing transit system.

“This is a deal that is good for our city,” Toronto Mayor John Tory said in a release. “As a mayor who was elected to finally get on with building transit and who was elected on a promise to work with the other governments, I believe this is our very best way forward.”

The province will cover any overrun costs on the four projects.