The industry steps up to rebuild damaged infrastructure

Road builders and infrastructure contractors wasted little time getting involved as provinces aim to get critical highways and bridges repaired following severe weather in B.C. and Newfoundland and Labrador. 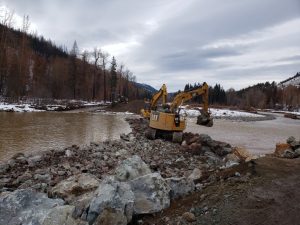 As reports of damage from heavy rains, flooding and mudslides poured in from both coasts over the past two weeks, heavy construction and road building crews were already gearing up to help get critical roads and infrastructure rolling again.

In British Columbia, where several major highways were blocked by falling debris or washed away by floodwaters, the province declared a provincial state of emergency to mitigate impacts on transportation networks and movement of essential goods and supplies, and to support the provincewide response and recovery.

“Provincial, federal and local governments are working with emergency personnel to make sure people and communities get the help they need as they work through yet another natural disaster,” said B.C. Premier John Horgan. 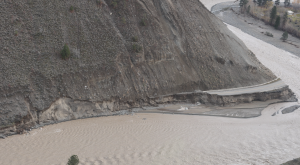 “Our focus is on clearing, repairing and reopening roads to connect the Interior and the North to the Lower Mainland and Vancouver Island, to get our supply chains moving,” added Rob Fleming, B.C. minister of transportation and infrastructure. “We are working closely with multiple partners to make this happen.”

“BC Road Builder & Heavy Construction members are working tirelessly to assist the provincial and local governments to safely re-open transportation corridors for communities impacted by the recent storm and flooding,” said BC Road Builders & Heavy Construction Association president Kelly Scott. “Our highway maintenance and heavy construction members from across the province have stepped up, notifying the province and local government and emergency services with equipment and operators ready and willing to assist in any way necessary.”

“There are some sections of the Trans-Canada Highway that are just unpassable,” said Andrew Furey, Premier of Newfoundland and Labrador during a video update. “We understand the gravity of the situation and will repair the roads as quick and safely as possible.”

Here’s an update on construction work on the Trans-Canada Highway in southwestern Newfoundland.

He advised that crews were prepared to act quickly in light of the weather forecasts, and that repairs were ongoing in the province. With concerns about additional rainfall this week, the provincial government is asking the public to stay away from the damaged areas while repairs are being made.

“If anyone had any doubts about the challenges of climate change, the extreme weather and wildfire events of 2021 have certainly demonstrated the seriousness of the challenge that lies ahead, especially for our highway maintenance members,” stated BC Road Builders & Heavy Construction Association chair Paul Simpson.

With storm impact being a timely topic, association president Scott says his organization has decided to put a focus on recovery and rehabilitation of affected transportation infrastructure and supporting impacted communities.

“Our highways, bridges and roads are vital to communities across the province, connecting British Columbians to each other, facilitating the delivery of essential goods and services, and connecting our province to the rest of Canada,” he stated.